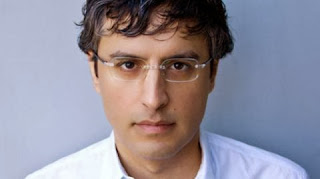 In his book Zealot: The Life and Times of Jesus of Nazareth, Muslim professor Reza Aslan tries to convince his readers that Jesus was a violent revolutionary, who wanted to slaughter the Roman occupiers of Israel.

While his attempts to portray Jesus as a jihadist fall dreadfully short, Aslan admits some interesting facts about Jesus and his followers—namely, that Jesus was crucified, that his disciples were convinced that he had risen from the dead, that his disciples went to their bloody deaths proclaiming Jesus' resurrection, and that belief in Jesus' resurrection can be traced back to the earliest stages of the church.

Since these are the facts that are usually in dispute between Christians and Muslims, we should thank Reza for helping us build our case for the resurrection of Jesus.

Quote:
Aslan admits some interesting facts about Jesus and his followers—namely, that

These are facts, and must be admitted.
But Aslan, unfortunately, is a Muslim, and for a Muslim these facts have no significance.
They are like so much sand in the wind, and if it comes back to you, it will hurt your eyes and burn your skin.
I think that spiritually, he is in a quandary. He's a Muslim in the West, interested in and committed to study, and his study has taken him to some surprising places.
He's gone back to his irrational, chaotic faith time and time again for comfort, but such comfort is not lasting.
He can accept Christ or be hurt by the remoteness of Christ and Christianity from the faith he now holds.
But he does feel that distance. He cannot avoid it. Truly, I would feel much compassion for Aslan.

I think you of all people need to read the Bible, tell the truth as Jesus would. Why do we get confused as to who, what, where and when he existed? False prophecy can lead to a false sense of peace.

From our custom affordable term papers, students can hire the best writers and be assured to receive the best custom papers when they search purchase custom research paper written by experts.