Reza Aslan Admits That the Qur'an Is Wrong about Jesus 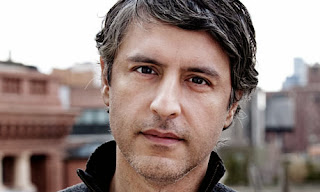 According to the Qur'an, Jesus was neither killed nor crucified (Qur'an 4:157-158). Instead, Allah raised Jesus to heaven while he was still alive.

Yet Muslim scholar Reza Aslan admits that the Qur'an is wrong, for Jesus "was most definitely crucified." Since Aslan has rejected the inspiration and authority of Islam's central text, we can only wonder why he calls himself a Muslim (and why Muslims aren't calling him out as an apostate).

Regardless, it's nice to know that when we discuss the crucifixion of Jesus with our Muslim friends, we can appeal to Reza Aslan as a scholarly Muslim authority on the historical fact of Jesus' death on the cross.

He is fundamentally a coward and pretender, running away from open engagement with truly credentialed persons like you and Robert Spencer.

Try this: send him an invitation for friendly dialogue, with sound broadcast via a web path.

The topic would be chosen by HIM: any favorite star in the Islamic or Christian event galaxy.

To sweeten that offer even further, he does not have to reveal the subject UNTIL THE OPENING MOMENT OF THE CONVERSATION !!

IMO, the chances are a million to one that he refuses. I am hanging on a cliff edge to learn what the "reason" will be... if you get a reply at all.

Let us readers here at AM know how that piece of modern comedy unfolds...

Taqiya in action. I doubt any pious muslim would condemn him as long as he explains that he's doing so to guard himself against the kuffar, to advance the cause of islam in the Dar al-Garb and that he only says it but doesn't believe it.

Even if Muslims concede that Jesus was crucified and died on the cross, his death could never hold the meaning for them that it does for us.

Reza has been shown to be a fraudster parading as an academic intellectual. He lies copiously at will. Why should anybody be surprised since he's following in his master's (mohammed)step. His agenda is being exposed daily and the Truth will always remain victorious no matter how they try to suppress it.
It is arrogance that makes people like Reza think that they can better the finished work of Jesus Christ on the cross. I was once like that- I cried out to the Lord and He rescued me.

Reza Aslan is wrong to translate "Allah raised Jesus Alive to the Heavens".
The Arabic word used in the
Qur'an is "Rafa'ah" which has several meangings. This word occurs at several places in the Qur'an which means "Exalted" or "Praised".
If Jesus went to Heaven alive, then where is he now? How can he live without food and water, as he has a human body. What is happening to his excreta?
DO NOT TELL ME THAT GOD CAN DO EVERYTHING.

If Jesus went to the Heavens alive, then where is he now?
How can he live wihtout food, air and water.? As he has a human body. What happens to his excreta?
DO NOT TELL ME GOD CAN DO EVERYTHING.

@IRFI
....God CAN do ANYTHING and EVERYTHING. He created the Universe and everything it contains. Why would He be unable to the things you have said?

According to Muhammad, Allah has a physical body. So according to you, this means that Allah can't live without food, air, or water, right? You also believe that Allah goes to the bathroom, right?

Muhammad SAW was the greatest messenger whom Allah has sent. jesus Christ Peace Be Upon Him will come to destroy your cross and swine!

Allah has no idols and images, those who worship Christ will be inmates of the Fire.

Reza Aslan proved to the entire world what he is good at.He is certainly a creative writer