Pakistan: Christian and Hindu Girls Being Forced to Convert and Marry Muslim Men

Approximately 1000 Christian and Hindu girls and women are victims of forced conversion and forced marriage in Pakistan each year. Am I a racist for complaining, CAIR? 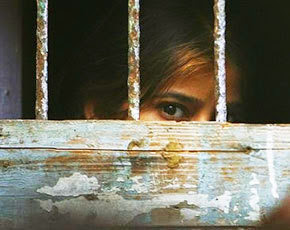 WASHINGTON—Around 1,000 Christian and Hindu women in Pakistan are forcibly converted to Islam and married to Muslim men every year, according to a report released by Movement for Solidarity and Peace- in Pakistan on Monday.

The report states the estimates of the incidence of forced marriage and conversion from 100 to 700 victim Christian girls and 300 Hindu girls per year, adding that the true scale of the problem is likely to be much greater, as a number of cases are never reported or do not progress through the law-enforcement and legal systems.

The report has categorized the concurrent incidence of forced conversions and forced marriages as a distinct crime specific to minority Christian women in Punjab.

The research by MSP has lead to discovery of a distinguished pattern:

Christian girls — usually between the ages of 12 and 25 — are abducted, converted to Islam, and married to the abductor or third party.

The victim’s family usually files a First Information Report (FIR) for abduction or rape with the local police station. The abductor, on behalf of the victim girl, files a counter FIR, accusing the Christian family of harassing the willfully converted and married girl, and for conspiring to convert the girl back to Christianity.

Upon production in the courts or before the magistrate, the victim girl is asked to testify whether she converted and married of her own free will or if she was abducted.

In most cases, the girl remains in custody of the abductor while judicial proceedings are carried out. Upon the girl’s pronouncement that she willfully converted and consented to the marriage, the case is settled without relief for the family.

Once in the custody of the abductor, the victim girl may be subjected to sexual violence, rape, forced prostitution, human trafficking and sale, or other domestic abuse. (Continue Reading.)

The same thing is happening in Egypt. Coincidence?
Posted by David Wood at 2:27 PM

Is it too harsh for me to say muslims who do and also allow these things to happen are filthy animals ?

I don't think people call you racist for making remarks about the specific criminal acts of these specific individuals and groups.

They probably call you racist because judging from the comments people make here, they have them impression that muslims as ethnic groups are that whacko.

No, if they think like that by or without your influence is up for discussion.

Every urgent deadline is yet another challenge for the team. We hate losing. Your paper will arrive as discussed, no matter its urgency grademiners. Your needs always come first. But safety and confidentiality are at the heart of our communication. Zero risks, zero worries.