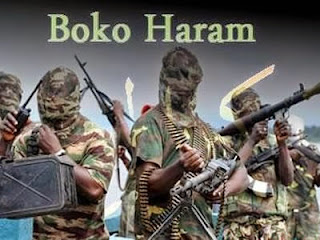 MAIDUGURI, Nigeria (Associated Press) — Suspected Islamic extremists abducted about 100 female students from a school in northeast Nigeria before dawn Tuesday, but some of the teens managed to escape from the back of an open truck, officials said.

The girls were abducted after midnight from a school in Chibok, on the edge of the Sambisa Forest that is an insurgent hideout, said Borno state police commissioner Tanko Lawan.

Gunmen killed a soldier and police officer guarding the school, then took off with at least 100 students, a State Security Service official said.

A local government official said he did not know how many of the girls have escaped but that “many” have walked through the bushes and back to Chibok. The girls were piled into the back of an open truck and, as it was traveling, some grabbed at low-hanging branches to swing off while others jumped off the slow-moving vehicle, he said. The two officials spoke on condition of anonymity because they are not authorized to give information to reporters.

All schools in Borno state were closed three weeks ago because of an increasing number of attacks by militants, who have killed hundreds of students in the past year. But the young women — between 16 and 18 years old — were recalled to take their final exams, the local government official explained.

Islamic extremists have been abducting girls to use as cooks and sex slaves. (Continue Reading.)

Walid Shoebat the ex Islamofacist has opinion about Antichrist that differs from general view.

He believes Antichrist would emerge from Islam.

Every time I hear some heinous atrocities being done by muslims, I can't help myself to lean more toward Shoebat' view.

If there was to be an Islamic anti-Christ, I suppose Muhammad is a good candidate. He was the one who started this abomination in the first place.

There is another similar group by the name of Abu Sayyaf, operating mainly in the southern Philippines area and north-eastern Borneo. Mainstream papers call them a "Muslim extremist" group. But because the area itself has a significant Muslim population and surrounded by Muslim dominated countries and regions (southern Philippines, Malaysia and Indonesia), no one bothers to again ask the all-important question: "Why are there Islamic/Muslim 'extremist' groups but not Christian or Buddhist or Hindu extremists?" Why are extremists so particular to Islam? And yes, if you ask such questions, you are insulting Islam, insulting Muhammad, an Islamophobe, etc.

Boko Haram: A criminal's paradise. Do whatever you want whenever you feel like it, and get away with it.