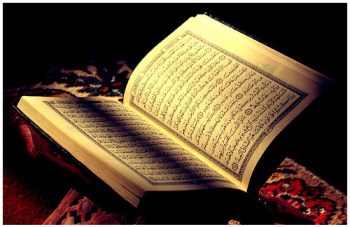 The Islamic religion claims that the Qur’an, revealed allegedly by the angel Gabriel to the prophet Muhammad beginning in 610 A.D., is the inspired and inerrant word of God. Such an assertion, however, is highly problematic, and many, many arguments could be given to convincingly refute it. In this article, I am going to offer one of those reasons, which I perceive to be the most damning. My argument here can be summarized in syllogistic form as follows:

Premise 1: Either the Bible is the Word of God or it is not.
Premise 2: If the Bible is the Word of God, the Qur’an is not.
Premise 3: If the Bible is not the Word of God, the Qur’an is not.
Conclusion: Therefore, the Qur’an is not the Word of God.
First, a note of qualification. By “the Bible” I refer specifically to the Torah and the gospels as we possess them today and as possessed by Christians at the time of Muhammad in the seventh century. Granted, there are textual variants in the New Testament Greek manuscripts, but the core message of the New Testament remains the same — they are thus immaterial to what I’m attempting to establish here.
Premise 1 need not be defended, since it is self-evident that the two alternatives are mutually exclusive and exhaustive possibilities. Premise 2 is easy to establish, since the Qur’an and the Bible fundamentally contradict one another. The most obvious item of conflict relates to whether Jesus died by crucifixion, denied by the Qur’an (Surah An-Nisa 157-158) but affirmed throughout the New Testament and indeed a cornerstone of New Testament theology. The Qur’an also repeatedly denies the core Biblical concept that Christ is the incarnate eternal Son of God, affirming instead that He is only a messenger or prophet (e.g. Surah Al-Maeda 75). The Qur’an, on multiple occasions, denies the Trinity (e.g. Surah An-Nisa 171; Surah Al-Maeda 73). The Qur’an, of course, repeatedly misrepresents Christian theology on these matters, but this is immaterial to the issues that concern us here. If, then, the Christian Scriptures are indeed the inspired Word of God, the Muslim Scriptures cannot be, since the Qur’an so fundamentally disagrees with the theology of the Bible.
The Qur’an’s Affirmation of the Christian and Jewish Scriptures
For the Muslim to reject the conclusion of the argument, at least one of the three Premises must also be rejected. As I have shown, Premises 1 and 2 cannot be reasonably denied. What, then, of Premise 3? The Qur’an, over and over again, affirms the Christian Scriptures, claiming consistency with them, and asserting that the Torah and the Gospel (the “Injil”), and also the Psalms, are previous revelations from Allah. Consider, for example, the following verses.
The Qur’an even goes so far as to assert that the prophet Muhammad is prophesied in both the Old and New Testaments. Consider the following verses.
One will search in vain, however, to find any mention of Muhammad in any Biblical text. This has left Muslim apologists doing hermeneutic gymnastics to inject Muhammad somewhere into the Bible. All such attempts, however, have proven futile.
For a thorough examination of Muslim attempts to locate Muhammad in the Bible, see this panel discussion involving myself, Matt Slick, Usama Dakdok and Tony Gurule, which aired on the Trinity Channel:

Now, when the Lord Jesus had completed seven years from His birth, on a certain day He was occupied with boys of His own age. For they were playing among clay, from which they were making images of asses, oxen, birds, and other animals; and each one boasting of his skill, was praising his own work. Then the Lord Jesus said to the boys: The images that I have made I will order to walk. The boys asked Him whether then he were the son of the Creator; and the Lord Jesus bade them walk. And they immediately began to leap; and then, when He had given them leave, they again stood still. And He had made figures of birds and sparrows, which flew when He told them to fly, and stood still when He told them to stand, and ate and drank when He handed them food and drink. After the boys had gone away and told this to their parents, their fathers said to them: My sons, take care not to keep company with him again, for he is a wizard: flee from him, therefore, and avoid him, and do not play with him again after this.

Notice in particular how this passage ends. Jesus is accused of being a “wizard”. The Qur’an states that “the disbelievers among them said, “This is a clear magic.”” It seems probable that this source is where the author of the Qur’an is drawing from on this point.
We go on:
Who are “those who were made to inherit the Book after them”? Isn’t this referring to those who inherited the books of Abraham and Moses and Jesus (the three prophets listed in the above text)?
This text implies that a group from among the Jews believed the Islamic teachings of Jesus. Why, then, did they leave no trace in history? The final sentence (“Then we supported those who believed against their enemy, and they became victors”) is typically interpreted by commentators as being in reference to Christianity becoming the religion of the Roman empire in the fourth century A.D. If this is the case, why does the Christian religion that gained victory over the Roman empire look so different from Islam? The Christianity that became the dominant religion in the Roman empire maintained the deity of Christ and his death by crucifixion, two propositions expressly denied by the Qur’an.
Can Anyone Change Allah’s Words?
The Qur’an states plainly on several occasions that no one can alter or change the words of Allah and that Allah preserves and protects His words. Here’s what the Qur’an says:
Muslims are frequently telling us about the miraculous textual preservation of the Qur’an. As an aside, the notion that the text of the Qur’an as we possess it today perfectly resembles the Qur’an of the seventh century is demonstrably untrue — but that’s a subject for another day. My question for Muslims is thus: If Allah was able to perfectly preserve the text of the Qur’an, why wasn’t he able to do the same with the Bible? Do the above verses not apply equally to the previous revelations of Allah?
What Does The Historical Record Say About Biblical Textual Preservation?
As far as ancient texts go, the New Testament is the best attested of antiquity, based on the sheer volume of manuscripts (between 5 and 6 thousand Greek manuscripts) and the earliness of those manuscripts. Moreover, the earliest manuscripts we have demonstrate the existence not of a single line of corrupt transmission, but multiple lines of transmission with varying levels of accuracy. Multiple lines of transmission defy the possibility of being under the control of any central editing process. The burden of proof lies with the skeptic who asserts corruption of the primitive New Testament texts since the extant manuscripts show multiple lines of independent transmission.
Conclusion
To conclude, the argument developed above represents a formidable challenge to the Islamic religion, and I challenge any Muslim to show me where I have erred. In order to maintain his Islamic faith, a Muslim must reject one or more of the Premises of the syllogism given at the start of this article. If he cannot do so, the conclusion follows necessarily and inescapably.
Posted by Jonathan McLatchie at 5:35 AM

Brilliant! Do you have a pdf version, so I can take this to my Muslim friend and discuss it with him?

I thought of an argument about the Torah:

Is there any wiggle room left for Muslims?

Sadly your stupidity knows no bounds. Premise 3 is faulty.

Why don't you interact with my thorough defence of Premise 3 rather than simply asserting that it is faulty?

Enigmatic Scot, it's common in articles like these to summarize the article before getting into the meat of the matter. Premise 3 says that if the Bible is not the Word of God, then the Koran [which affirms it as such] cannot be either. This isn't a faulty premise. Your comment smacks of ignorance as to what was actually presented in the article.

By the way, great work, Jonathan!

Hi Jonathan, I think this is really excellent. Would you mind if I repost this on my blog? (with attribution and link to the original of course)

The premise is faulty because it is a false dichotomy. Does the Koran really say this? I dont think so. It merely 'sees' Jesus as a prophet.

Of course Jonathan has moderated my earlier explanation.

Sorry for the delay in responding. Of course; go for it.

Thanks so much Jonathan!

Enigmatic Scot, he explains it very clearly in the article. The Koran affirms select books of the Bible as the Word of God (some go as far as to say that the entire Old Testament was affirmed because Muhammad would have been in contact with Orthodox Jewish rabbis). Start at the heading, "Has the Message of the Injil and Torah Been Corrupted or Lost?" because it is full of verses to this effect.

Jonathan, are you aware that Enigmatic Scot claims you removed his explanation? (At least that's what I'm getting from his post.)

Yes, I saw he claimed that but I have no idea what he is talking about.