Ahmed Mohamed took the casing off a store-bought clock, put what remained into a pencil box, and took it to school. Ahmed's sister, Eyman Mohamed, had been suspended three years earlier for threatening to blow up the school. After being warned by teachers that his "clock" might be mistaken for a bomb, police were called in. Ahmed refused to explain himself, and was taken to the police station.

Oddly enough, the major news networks continue to misrepresent the facts of this story. CNN, for instance, reports that school authorities mistook the clock for a bomb. They didn't. They thought it might be a hoax-bomb (something meant to look like a bomb in order to scare students). CNN also reports that Ahmed "brought a handmade clock to school." He didn't. He brought a store-bought clock with the casing removed.

And now Ahmed's attorney is demanding $15 million in damages. What a dangerous precedent this story will set! Kids across the country will be building hoax-bombs, daring school officials to say something, knowing that a big payday awaits. 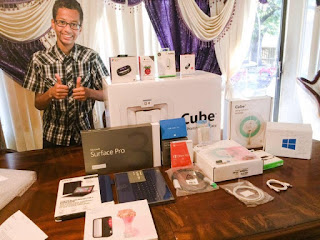 CNN—Fifteen million dollars and apologies from the mayor and police chief.

That's what an attorney says the family of Ahmed Mohamed is demanding from city and school officials in Irving, Texas, or they say they'll file a civil suit.

In September, 14-year-old Ahmed made international headlines when he brought a handmade clock to school to show his teachers.

One of them thought it was a bomb and notified school authorities, who then called police. Ahmed was detained, questioned and hauled off in handcuffs. At the time, the school said it reacted with caution because the contraption that had wires could have been an explosive device.

It wasn't. It was just a clock.

In a whirlwind of publicity about the case fueled by social media, #IStandWithAhmed became a trending topic on Twitter, President Barack Obama invited the teen to attend an event at the White House and a foundation offered him a scholarship to study in Qatar.

But despite the surge of support for Ahmed, the attorney representing his family says the teen suffered severe psychological trauma and that his "reputation in the global community is permanently scarred."

In two letters sent Monday to attorneys representing the school district and the city, attorney Kelly Hollingsworth says that Ahmed's civil rights were violated by the way the case was handled.

Irving city officials told CNN they were reviewing the letter and had no comment.

School district spokeswoman Lesley Weaver told CNN that the district is aware of the letter and also had no comment.

Hollingsworth, who says he was recently retained by the teen's father, alleges that the teenager was not read his Miranda rights during his arrest and that those involved with the incident tried to cover up mistakes "with a media campaign that further alienated the child at the center of this maelstrom."

Rather than calming the situation, Hollingsworth says in the letters, officials in Irving stoked the flames.

"They tried to push responsibility off on the victim -- Ahmed. They have even implied publicly that what has come of this has been good for Ahmed, as though the resilience of this fine boy and his fine family somehow excused what they did," the letters say. "It does not, for there is no excuse." (Continue Reading.)

For more on this story, watch this:

This is a bit off topic, but I was wondering if you could help me find the documentary that this is from. It has been floating around on You Tube for a while and I believe that it is part of a larger movie.

What? All the free crap he's getting isn't good enough? And what would he do with this money - would he actually put it to good use, like for people that actually NEED it?

I suspect that some if not most of the ill gotten loot would go to finance ISIS jihad fi sabilullah - jihad in the way of Allah.

Instead of $15 mil we should send him a clock.

i think it was already pre-planned by the family, to claim this sort of money. instead of giving him $15 million and new clock, which he really don't know how to use it, give him Kick on his back.

Hello brethren!
I strongly think this guy should be trialled and sentence at least to15 months in prison. He is a liar like his prophet Mo.

You got to give credit where credit is due - the kid managed to sucker a bunch of dim witted dhimmis and scored all those goodies!

the little creep and his cohorts in crime got a real big chuckle out of that but definitely do not deserve compensation for his arrogance and stupidity.