I live in the Bronx, but I go to church in Queens, and my kids go to school in Queens. Yet for some reason, if I'm at all perturbed about terrorist plots in Queens, I'm sure to be labeled a "racist," a "bigot," and an "Islamophobe."

Strange times we live in. 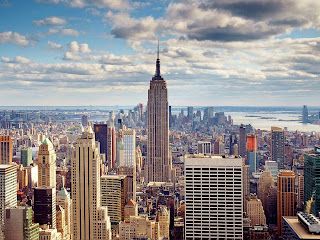 Noelle Velentzas, 28, and Asia Siddiqui, 31, conspired to prepare an explosive device they planned to detonate in a terror attack in the U.S., according to court documents.

Until recently, Velentzas and Siddiqui were roommates from Queens. They are expected to appear in federal court in Brooklyn later Thursday afternoon.

“We are committed to doing everything in our ability to detect, disrupt, and deter attacks by homegrown violent extremists,” stated U.S. Attorney Loretta Lynch. “As alleged, the defendants in this case carefully studied how to construct an explosive device to launch an attack on the homeland. We remain firm in our resolve to hold accountable anyone who would seek to terrorize the American people, whether by traveling abroad to commit attacks overseas or by plotting here at home.”

Siddiqui was in possession of several propane gas tanks as well as instructions on how to turn them into explosive devices, according to the complaint.

Siddiqui was also known as “Najma Samaa” and “Murdiyyah,” according to the complaint.

Valentzas took an interest in pressure cookers following the Boston Marathon bombing, according to the complaint.

Valentzas also allegedly considered attacking the funeral for slain officers Wenjian Liu and Rafael Ramos, according to the complaint.

“If we get arrested, the police will point their guns at us from the back and maybe from the front,” Valentzas allegedly said. “If we can get even one of their weapons, we can shoot them.”

Siddiqui was close with a prominent member of Al Qaeda in the Arabian Peninsula, according to the complaint, and repeatedly was in contact with the terror group.

Valentzas researched chemistry and how to build explosives at libraries and online, according to the complaint. The two also studied instructions on how to build a car bomb found in an Al Qaeda propaganda magazine.

Valentzas watched ISIS beheading videos on the Internet, the complaint alleges. She also visited the CBS New York website to read an article on a bill that would outlaw homemade explosives.

“If [the government] was to put all the information about the three of us together, we legitimately, to these people, look like a cell,” Valentzas allegedly said, referring to Siddiqui and an undercover operative. (Continue Reading.)

To undestand jihad, watch this:

No images of the two woman. I wonder if they are burka babes?

I suspect that you're wanting to use alliteration for effect, but the term "burka babes" is demeaning to all women, regardless of their beliefs.

I'm sure this was not your intention to use a sexualized term, but I thought it was important to point this out.

Often students begin out with a really clear introductory discussion that addresses the question, however once their cheap custom essay writing services develops to change into a lot of elaborated or tangential lines of discussion they fail to prove that they're still that specialize in the most topic with that the question thinks about.