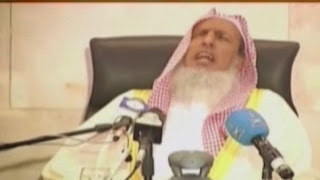 Times of Israel—Saudi Arabia’s top Muslim cleric called on Tuesday for the destruction of all churches in the Arabian Peninsula after legislators in the Gulf state of Kuwait moved to pass laws banning the construction of religious sites associated with Christianity.

Speaking to a delegation in Kuwait, Sheikh Abdul Aziz bin Abdullah, who serves as the grand mufti of Saudi Arabia, said the destruction of churches was absolutely necessary and is required by Islamic law, Arabic media reported.

Abdullah, who is considered to be the highest official of religious law in the Sunni Muslim kingdom, also serves as the head of the Supreme Council of Ulema (Islamic scholars) and of the Standing Committee for Scientific Research and Issuing of Fatwas.

Last month, Osama Al-Munawer, a Kuwaiti member of parliament, announced his plans to submit a draft law calling for the removal of all churches in the country, according to the Arabian Businesses news site. Al-Munawer later clarified that the law would only apply to new churches, while old ones would be allowed to stay erect. (Source)

Surely the woman who burnt the Quran in Afghanistan would receive God’s mercy denouncing laws of devil written in Quran and Sheikh Abdul Aziz bin Abdullah, the grand mufti of Saudi Arabia receive severe punishment for keeping laws of devil.

The UNO should not fear to declare Quran a book of terror against humanity, if not modified by Muslims to accommodate equal rights of co-existence for all human being. This is twenty-first century not seven century of Muhammad’s time, this stupid madrassa educated clerics of Islam must remember. Time is coming when Arabian sand would be red with blood. God is Righteous and Justice God.

We demand all Mosques in non-Muslims countries be demolished as it happened in India for Babri Mosque. Then then they would realize necessity of co-existence.

Thousands of people if not millions have been killed because of Quran’s violent attitude towards critics of this book. ISIS’ power is from this book. If ISIS is illegal government and could be tried for genocide, why could this book “Quran” not be banned from publication that inspire killings and hatred for all walks of people, whether Muslims, non-Muslims?

Per Reuter news, imam of Mosques in Afghanistan threatens civil unrest if government takes any action against those who took laws at hand killing the woman. This proves true followers of this book even can shut mouth of so called “Good Muslims”. Government of Afghanistan, Pakistan knows it very well that criticizing a mere lifeless book does not warrants capital punishment, but still they bow down to devil force of Islam.

If a person believes in Natural Super Power (God/allah/gods), then it is natural laws that Nature will judge at its convenient time. In Muslims’ case it is in Final Judgment Day. So why do they take their own Allah’s laws at hand??

No civilized laws can allow knowingly unruly teaching from any book/s, then history’s most hatred person Adolf Hitler and his works would have been kept in hall of fame.

If we believe this woman had right to defend herself against Quran’s hateful teaching for her then we must follow Franklin D. Roosevelt’s famous statement, that there is nothing to fear about Muslims upraise against banning a book that spread hatred against humanity but fear itself.

Thousands of innocent people are dying each day because of qur’anic teaching. How long civilized world will sleep pretending there is nothing wrong in Quran??

I lived in Saudi Arabia for five years. Saudi has no "churches" as such, but on the ARAMCO compound there were three large houses in a cul-de-sac that were, in fact, churches. Nothing on the outside distinguished them--you had to know. (Sort of like Christians under Roman persecution.)

Because there were so many Catholics (⅓ Filipino, ⅓ Indian, ⅓ European), there was also a Friday (= Sunday) Mass in the movie theater. Once a Saudi got over-anxious to see the movie and walked in as the Mass was in progress. He was horrified, got the police, and they dragged the priest from the altar and threw him in jail. Of course the prince of the Eastern Provinces got him out, since the Saudis had an unwritten agreement with ARAMCO about these sorts of things--inside the compound, it's almost like a diplomatic mission. Different rules apply.

The article talks about "Arabia," which includes Qatar, Oman, UAE, Kuwait… I think our bishop was based in either Qatar or the UAE, so presumably there are churches there. The "no new churches" rule applies to a lot of Muslim countries, including Egypt.

It's doubly troubling about Kuwait, though unsurprising really. I suppose the US should've let other Arab nations to handle the Iraqi invasion in 1990 instead of going to war in Jan 1991.

Is this an article about something that happened in 2015? Didn't he say something very similar in 2012?

It might be different but I just thought I'd ask.

We have come to accept the brutality of IS. What I personally, and I'd wager most of you guys here, still can't accept is the way these Westernised or "moderate" react by trying to remove Islam from what IS is doing. This guy takes it one step further: "Now it is certainly true that the Prophet Muhammad did destroy the pagan idols in the Kabaa. But the difference is that these idols were actually being directly worshipped by people at the time, and the cults of these gods posed a threat to the Muslim community. Whereas no one is worshipping the relics in the museum. Just like no Muslims had worshipped the statues of the Buddha in Afghanistan."

So what? Does it mean that if people are praying to these idols then it gives Muslims a reason to destroy them? And why were these "cults" a threat to the Muslim community?

this pastor has a message from the Lord to the US. we are in a spiritual warfare and it's time for the Saints to really get down to business in prayer and fasting and whatever else we may do for the King of the Universe. Time is winding down, time is of the essence, time as we know it will be ending soon. people get ready, Jesus is coming! whttp://thefreedompress.com/pastor-burned-muslims-issues-warning-america-impending-islam/

What I can say is that one religion promote hate and violence in the name of their God (god?) While another promote peace and tolerance. One talk about turning the other check while another promote death to offenders on mere suspicion. One talk of salvation by grace (not by works, least we boast) another thinks by helping their God kill offenders they earn paradise of wide eye Virgins. The list goes on but God knows those who truly worship Him.

Maybe people like Jon Stewart should open their eyes and stop making excuses for Islam. It's dhimmified people like him in the West who are unknowingly advocating hate crimes on Christians and other religious minorities living in Islamic states.

You pointed correctly core differences between Muslims and Christian value. Those who have eyes and ears to see and hear must find out True God from Evils. That is wonder of God who won't force us to obey Him, leave this choice totally to us. But God kept to Himself cream of life eternal and give those whom He likes. He left two simple rules of thumb to get His grace, 1) love God and 2) love neighbor. These two rules ensure 100% of His grace. Good works only won’t ensure His grace unless we love God and God is Holy Trinity. Jesus Christ is part of God Head. How could we expect God’s favor unless we love His son who gave up His life for us at a Good Friday, two thousand years before?

But Muhammad’s rule of thumb to get life eternal for his allah is to die by fighting for his allah, won’t take nowhere but to house of devil. Choice is to Muslims to believe Muhammad and his book Quran.

I have noticed that my last two comments have not been posted. I'm hoping that this has been a computer glitch or just an oversight.

Just to remind you, I initially asked if this article is the same incident that was discussed by people like Raymond Ibrahim back in March 2012.

I have searched arab media sources where the papers says the news came from and can only find an incident in 2012, I cannot find one reputable news source that it is reporting this as current.

If I am wrong, then please just let me know as I very much hope I am.

As we do not know each other, you would not be aware of my views regarding Israel, but let me assure you that I am a very much a friend of Israel.

That does not, however, mean that I take everything that comes from a Israeli media source as reliable, any more than I would assume anything from any media source to be automatically reliable.