Seventy Percent of Gazans Want a Better Relationship with Israel

This is the problem with the "most Muslims are peaceful" response to criticisms of jihad. Many people tend to think that the majority will always win. But most Gazans support better relations with Israel, not an endless series of wars. So why is there an eruption of bloodshed every few years? Because majorities don't always get their way, especially when the minority has missiles. 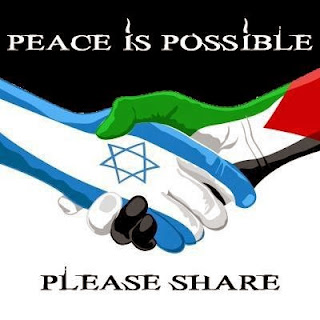 Fox News—Not only is Hamas losing its latest battle with Israel, it may also be losing its popular support, according to a recent poll and interviews with war-weary Palestinians in Gaza and the West Bank.

The U.S.-recognized terrorist group, which has governed Gaza since 2007, has refused several attempts by international mediators to establish a cease fire since Israel began a ground invasion of the densely-populated strip on July 18. Israel, which on Friday rejected a cease fire proposal offered by U.S. Secetary of State John Kerry, says it launched Operation Protective Edge to stop the daily barrage of rockets fired into the Jewish state and to destroy the labyrinth of tunnels used by operatives to sneak in and out of Israel, carrying out acts of terrorism.

But as the body count mounts under superior Israeli firepower, many Gazans are turning on Hamas. A Washington Institute study released this week which surveyed 450 people in Gaza found 70 percent support better relations with Israel. While the poll was conducted two weeks prior to Israel's operation, some Gazans say those feelings have solidified in the wake of the ongoing destruction of their territory.

“We want to see the war stop," Mohammad Hassounah told FoxNews.com from a hospital in Khan Yunis, a city in the southern part of the Gazan strip, where his young daughter was receiving treatment after inhaling rocket smoke. "We want a cease fire at any cost.” (Continue Reading.)

The Gazans who want peace will be killed if they open their mouths. Hamas brutally killed Fatah guys when they took over Gaza and willn't spare anybody.

David Wood writes: "... But most Gazans support better relations with Israel, not an endless series of wars. So why is there an eruption of bloodshed every few years? Because majorities don't always get their way, especially when the minority has missiles"

//... a clear majority (60% overall, including 55% in the West Bank and 68% in Gaza) say that the five-year goal "should be to work toward reclaiming all of historic Palestine, from the river to the sea."//

This is not a good basis for "better relations with Israel".

The minority may well have missiles. But almost everyone in the Palestinian Authority has a Koran and a few Hadiths to go with it.

These are more powerful, more deadly (and more delusional) than any missile.

The failure of Palestinian leaders to create an honest government is the first and greatest wrong the Palestine has suffered.
Compared to the failures of their leadership, the attacks of Israel on Gaza are inconsequential.
There are practical people out there. My problem is that they have been disempowered by Muslim-nihilist fanatics.