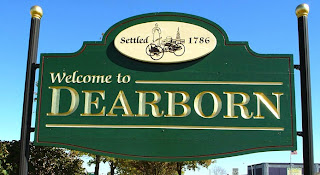 Dearborn Press and Guide—Among the U.S. cities that have the most residents on the government’s terrorist watch list is one that stands out because of its comparatively small population: Dearborn.

Dearborn, a suburb of Detroit, was described by The Intercept, an online news site that reports on issues of national security, as having the second-highest concentration of people designated by the government as “known or suspected terrorists.”

The report said that Dearborn’s ranking, just behind New York City and ahead of Houston despite their significantly larger populations, has to do with its concentration of Arab and Muslim Americans.

Dearborn has the largest percentage of Arab Americans in the country, according to the report.

“At 96,000 residents, Dearborn is much smaller than the other cities in the top five, suggesting that its significant Muslim population—40 percent of its population is of Arab descent, according to the U.S. Census Bureau—has been disproportionately targeted for watchlisting,” the report said. (Continue Reading.)

you know, usa told the world that iraq was full of terrorist too.

No terrorists in Iraq, right? It isn't as if the entire country is being taken over by terrorists, right?