Boko Haram has sent four female suicide bombers to their deaths in Kano in the past week. These women are often raped and then told that they can only regain their honor by carrying out a suicide attack for Allah. Where's the outrage? 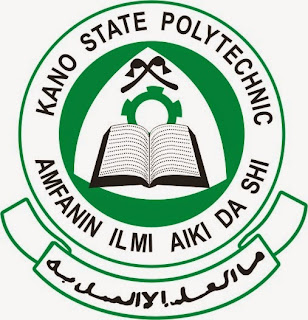 (Reuters) - A female suicide bomber blew herself up in a college in northern Nigeria's biggest city of Kano on Wednesday, killing six people and critically wounding another six in the fourth such attack by a woman in Kano in less than a week, a security source said.

The bomber targeted youths who were looking at a notice board for national youth service in Kano Polytechnic, the source said.

There was no immediate claim of responsibility, although militant group Boko Haram, which is fighting for an Islamic state in religiously-mixed Nigeria, has repeatedly bombed Kano as it radiates attacks outwards from its northeast heartlands.

Using female suicide bombers in the city appears to be a new tactic of Boko Haram, although they have used them on occasion for years in the northeast.

Two female suicide bombers blew themselves up at a trade show and a petrol station in Kano on Monday, killing one other person and injuring at least six others.

On Sunday, a female suicide bomber killed herself but no one else while trying to target police officers. (Continue Reading.)

This is proof positive that Islam gives woman all the rights they need.

Can you name me one feminist organization that has woman suicide bombers? No you cant. The west is so far behind Islam when it comes to woman's rights. Islam gave the right to woman to blow themselves long before the west would even think of such a thing.

You might remember me. I commented awhile ago on my friend and I discussing Islam. He is my best friend and we mean each other well and hold each other in affection.

Now, he has admitted to me that the Sharia Law must be perfect for it to be directly from God and since Islam depends on the Sharia, if the Sharia is harmful, it cannot be from God. Therefore, he has challenged me to find anything in it that is immoral, harmful, or inferior to any other law.

We have talked particularly on the Penalty of Apostasy which he believes applied only in the case of war during Mohammad's lifetime and the physical damage women giving birth in their pre-teens or early teens.

I am currently researching and searching for the Hadiths and the Four Islamic Schools of Jurisprudence rulings on apostasy. I can access Sahih Bukhari and Sahih Muslim online, but they are quite long.

I am also searching for the negative effects of childbirth at an early age, but it is hard for me to find online. In addition, he has read an article stating Aisha was 15 when the two started having regular sex, though I can point to the consummation Hadiths.

Forgive me, Mr. Wood if I am bothering you over things that are easy to find or trivial.

Mr. Wood, I hold my friend in high esteem and affection. But I fear I will mess up. He will pass on my arguments to an Islamic scholar and then consider what we both say.

I thank you for your time. I am sorry to be posting this on the comments, but I cannot find your email, though I understand you not posting it.

I spend lots of time witnessing to the Moslems in our area and some it has taken years for them to fully grasp the truth. When we share Christ the fact that He sacrificed His life and shed His blood for their sins this is the most powerful point we can make. Our God Jesus Christ is a sacrificial God who paid the debt we can not pay ourselves because "all have sinned and come short". Usually I will argue from the standpoint that the Bible is are ultimate authority which Moslems should accept since Muhammad taught it had authority. Then I point out the inconsistencies between the Quran and the Bible. But I use the KJV since they always knock the Bible versions, and the KJV is our only literal translation.

Law of Moses is also called Sharia and these laws of Moses you can find in Exodus, Leviticus and Numbers which was given to him by YHWH directly. On the contrary Mohammad brought his own Sharia from his Allah hence we have to find out the following:

1. Is the God of Moses same as the god of Muhammad.
2. Both can’t be same God as one has divine characteristics and the other does not.
3.Muhammad’s god (Allah) was 1 of 360-idols of Mecca which he destroyed. Refer Sahih Al-Bukhari (Volume-2 #1664)

This idol ‘Allah’ was worshipped by the Hums tribe Vol 2 #1664 – “We are the people of Allah, we shall not go out of the sanctuary) and his father Abdullah had joined the Hums tribe in worship as against the belief of the Grandfather & Uncle (Abdul Mutlib and Abu Talib) who worshipped, ‘Hubal’. He could not convert his own uncle Abu Talib to Islam till his dying moment, because he knew what Mohammed was all about, hence refused to accept his faith, refer Sahih Al Bukhari (Vol. 6: 4772).
Bottom line is that Jesus came to give life and Mohammad came to kill, loot, allowed rape and you can go further from there.

Hi Daniel, allow me to also ask something. A woman who was raped needing four male witnesses to testify to that rape, is this under Sharia? If it is not, pardon my mistake. But if it is, would you ask your friend then what he means by Sharia not comparatively immoral, harmful or inferior to any other law.

Many Feminists have no problem being loud and even quite nasty towards anyone who they know will not retaliate, but as soon as a real enemy of women's rights like Islam shows up they go to water and hide under the bed.