Muhammad's wife Aisha once said: “I have not seen any woman suffering as much as the believing women” (Sahih al-Bukhari 5825). According to Aisha, Muslim women are treated worse than Jewish women, Christian women, or pagan women. It's odd, then, that so many Muslims in the West claim that Islam liberates women. 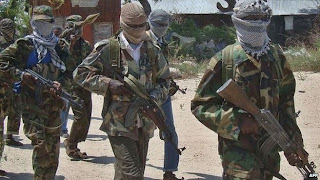 BBC—Militant Islamists in Somalia have shot dead a Muslim woman for refusing to wear a veil, her relatives say.

Ruqiya Farah Yarow was killed outside her hut near the southern Somali town of Hosingow by gunmen belonging to the al-Shabab group, they say.

The militants had ordered her to put on a veil, and then killed her after returning and finding she was still not wearing one, the relatives said.

An al-Shabab spokesman denied the group had killed the woman.

Al-Shabab does not fully control the area where she was living, he added.

Relatives, who asked not to be identified for fear of reprisals, told the BBC that Mrs Yarow was killed at about 07:30 (04:30 GMT).

She was shot twice and died instantly, they added.

She is survived by her husband and children, the relatives said.

Al-Shabab, which controls much of southern and central Somalia, imposes strict rules of behaviour, including dress codes for men and women. (Continue Reading.)

For more on women in Islam, watch this short video:

Evil exists because good people do nothing. -- Albert Einstein

We must continue to shame Feminists for saying and doing nothing, along with everyone else who is still in denial.