Pentecost, the Gospel, and the Quran

Pentecost is sometimes referred to as the "birthday of the church," because it was the day the early disciples were filled with the Holy Spirit. 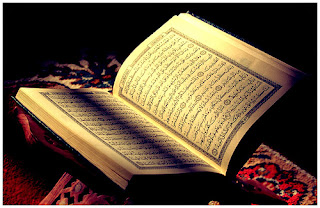 The Biblical record presents an interesting contrast with Islam. Muslims believe that Allah revealed the Qur'an only in Arabic, and that the Qur'an cannot be properly understood in any other language. When people question Islamic teachings, they are often told, "You can't criticize the Qur'an, because you can't understand it unless you know classical Arabic." Moreover, the main argument that the Qur'an offers for its divine inspiration is what we might call the "argument from literary excellence" (see Qur'an 2:23). The argument is that each chapter of the Qur'an is so marvelous, it can only come from God. Unfortunately, since the vast majority of people in the world do not understand basic Arabic (let alone classical Arabic), most people aren't in a position to evaluate Muhammad's favorite argument.

It's odd to think that the Creator of the universe, in delivering his final revelation for all mankind, would do so in such a limited fashion. But we get a completely different picture in the Book of Acts, where God instantly translates his message into numerous languages:


When the day of Pentecost had come, they were all together in one place. And suddenly there came from heaven a noise like a violent rushing wind, and it filled the whole house where they were sitting. And there appeared to them tongues as of fire distributing themselves, and they rested on each one of them. And they were all filled with the Holy Spirit and began to speak with other tongues, as the Spirit was giving them utterance.

Now there were Jews living in Jerusalem, devout men from every nation under heaven. And when this sound occurred, the crowd came together, and were bewildered because each one of them was hearing them speak in his own language. They were amazed and astonished, saying, “Why, are not all these who are speaking Galileans? And how is it that we each hear them in our own language to which we were born? Parthians and Medes and Elamites, and residents of Mesopotamia, Judea and Cappadocia, Pontus and Asia, Phrygia and Pamphylia, Egypt and the districts of Libya around Cyrene, and visitors from Rome, both Jews and proselytes, Cretans and Arabs—we hear them in our own tongues speaking of the mighty deeds of God.” And they all continued in amazement and great perplexity, saying to one another, “What does this mean?” (Acts 2:1-12)

Thousands of people became Christians that day (you can read Peter's sermon here), signifying the universal nature of the Gospel and displaying the divine power that would accompany those who obeyed Christ's command to "Go therefore and make disciples of all the nations, baptizing them in the name of the Father and the Son and the Holy Spirit, teaching them to observe all that I commanded you" (Matthew 28:19-20).

Email ThisBlogThis!Share to TwitterShare to FacebookShare to Pinterest
Labels: Pentecost

Ironically in Hinduism many believe only the Sanskrit recitation is God's word, similar to the Muslim understanding of the Qur'ân (recitation) in Arabic ironically the Hindu's usually divide their sacred texts into two divisions the first is Shruti or God's Word similar to how Muslims view of wahy which means "to hasten" and denotes revelations. The second is Smrti which is the teachings of the inspired Rsi's or Sages similar to Islam's concept of ilham which means "to cause or to swallow or gulp down" and denotes inspiration, so that the so called prophets inspirations form the basis of the ahadeeth not the Qur'ân.

In the history of Islam there has never been a better judge of Muhammad's claim of "Miraculous Eloquence" than the Meccans in whose dialect the Quran was recited.

So were the Meccans really gobsmacked by the Quran's eloquence?

The vast majority of Meccans rejected Muhammad as a fraud and his Quran as a total fabrication.

Have you heard the saying "Birds of a feather flock together"

Likewise "O Muslim! There is a Jew hiding behind me, so kill him." may not be beautiful prose but the meaning is easily understood!!!

One of the consequences of the Islamic focus on the Arabic is that translations of the Qur'an are quite poor when compared to the Bible. The Christian emphasis on translation (Acts 2, 1 Corinthians 12-14) means that we spend a huge amount of time translating well.

when muslims say me that i 've got a mistranslation of the quran, and i have to understand arabic language to feel the truth, i answer that :

If english , french translations are
messed up, then it's impossible to learn arabic language too. So the quran is only for arabic ppl and it's not an universal write.

Oh yeah. Because if I choose to opt out, I could get killed.

It's really simple, isn't it? Elohim (God) wants his message to be heard. Throughout a space of over 1,000 years and several voices from men from all different walks of life, God moved on them as they were, giving divine puzzle pieces, so to speak, of prophecy that would form the beautiful image of one man fulfilling them as our Messiah, who healed the sick, raised the dead, cast out demons, rose from the dead, ascended to glory, was seen by about 500 witnesses after His death, confirmed the gospel with the Holy Spirit. Oh, but wait - what's that Muhammad? You were strangled by an angel?! He wouldn't stop until you spoke God's word?! What's that? We've been misinterpreting 1,000+ years of prophecy this whole time?! God doesn't have a Son, and...we didn't actually see Him after He rose again?! Ooohh, my gosh! That makes soooo much more sense, seriously, Muhammad your revelation is fabulous, what with you rolling on the floor and everything and having to know Arabic to know just what you're saying!

From a literary standpoint, the Quran is not excellent.
It is chaotic, devoid of context, a book of hatred, a call to violence a thousand times over.
Literary excellence?
I think not. When a work encompasses reason and beauty it is excellent.
Only in a world devoid of beauty is the Quran of any merit.

You attain full value for the money which you put in to access when you seek who can write my research paper, as well as other types of best writing services from our firm which include dissertations, theses, reviews any different writings.

Companies offering nursing paper writing service
should ensure that clients order their papers early so as to provide nursing writers time to write superior quality nursing term paper since we are the best in offering pre written essays for sale.

StudentsAssignmentHelp.com expert assignment writers always work for offering new ideas in your assignment on assignment help Canberra. Students of Canberra can take our expert writers to help by 24*7.

What an amazing post! Got to know many new things that I hardly had any idea about. If you want to anything about essay writing, meet expert essay writer online. You’ll get 24*7 consultation on essay topics, essay outlines and how to build a unique powerful essay with quality. Get a free quote!

Islam says they take Jesus as Messiah yet contradict his comment on the commanments.. where did all of Jesus' preaching on long suffering go!? Letting the true seeds grow together with the tares and forgiving even our enemies( even those with other religious views and who despitefully use us)... It's baffling how Islam invokes violence yet say they are believers of Jesus a master of peace and love.. I'm not sure I need Arabic to understand that Islam isn't the path one should chose.. it is above all doubt that no matter the language you translate the Bible, the power from it is the same no matter the language.... God made all languages for his glory and has a name to be called in each of those languages.. so now I must call him only as the Arabs do!!? Chaooo.. that removes the universal nature of God... I think when Jesus said fake prophets shall come and if possible deceive the very Ellect, He wasn't bluffing.. I wish and pray the world sees the evidence in the power of the gospel beyond language barrier and human limitations...

You are a Muslim scholar, student, or assignment expert this blog is gonna help you a lot. especially if you are researching to write a thesis/research paper based on the Islamic religion.

We design, supply & install acoustic panels & products to treat any sound issue you have to make your space a more enjoyable