Number of Islamic Terrorist Groups Increases by 58% Since 2010

Not long ago, the Obama Administration assured us that the War on Terror was coming to an end. I guess the administration didn't bother to tell this to jihadists, whose numbers and attacks are rapidly rising. 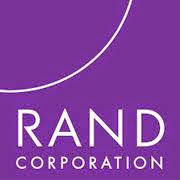 Rand Corporation—There is a growing terrorist threat to the United States from a rising number of Salafi-jihadist groups overseas, according to a RAND Corporation study.

Since 2010, there has been a 58 percent increase in the number of jihadist groups, a doubling of jihadist fighters and a tripling of attacks by al Qaeda affiliates. The most significant threat to the United States, the report concludes, comes from terrorist groups operating in Yemen, Syria, Afghanistan and Pakistan.

“Based on these threats, the United States cannot afford to withdraw or remain disengaged from key parts of North Africa, the Middle East and South Asia,” said Seth Jones, author of the study and associate director of the International Security and Defense Policy Center at RAND, a nonprofit research organization. “After more than a decade of war in Afghanistan and Iraq, it may be tempting for the U.S. to turn its attention elsewhere and scale back on counterterrorism efforts. But this research indicates that the struggle is far from over.” (Continue Reading.)

As long as it the "Obama Administration", I guess this little problem with Islam will never be solved. Either we get someone hammer this message into that skull of his (maybe through his wife) or we wait and see if the next president has the balls to deal with Islam. When you see followers of a new cult brutally murdering people, we condemn that cult and outlaw its followers. No questions. But when followers of the Muhammaden cult kill people, we blame the "extremist" side of that cult without studying what that cult teaches, simply because this cult has existed for far longer and because it has lousy followers who do not follow its teachings and kill but instead become peaceful. But then, the three stages of jihad force us to ask, are they really peaceful? When he was elected, it seemed like a huge step forward for America, but he has shown that he is a closet Muslim. When he visited Malaysia a month ago, I don't believe he visited any churches but dropped by the national mosque instead. So how we expect his administration to deal with Islamic terrorism?

It would seem this world is being over run by the spirit of manrule in its various manifestations...starting with Cain who offered his sacrifice unacceptable to YHWH, then in general to job's friends who spoke words without knowledge,....then to sarai who counselled abram to take hagar, then to those who opposed moses, and those who desired a king in Israel instead of YHWH. We see YHWH working through history up to the culmination of the promised seed of Isaac when judgement was laid at the root. Since the time of restoration in Christ; the spirit of man rule has been defining and redefining itself in variations of false doctrines opposing what the Holy Spirit rule does. In the man of Muhammad we see man rule finally being crowned as the cornerstone of adversity deceiving those who shall be damned. For all who do not hear the voice of Jesus will by default receive the spirit of man rule in its many variations including false religion of islam. Islam is building its house for 1400 years and now its invading the west. The bankers, the corporate elite and those political leaders droole at the possibility of world domination and see Islamic murderous and oppressive ways as a vehicle to succeed and so they gather against YHWH....but YHWH will laugh and have them in derision; says the psalms but as for Christians we know that we are not of this world

@dacritic
Blessings of LORD JESUS be with you and all. Obama is not doing anything wrong, he's doing precisely what islam teaches and as a Muslim its his duty to follow islam. I tell you right now that as soon as his presidency is over you'll hear that he converted to islam but the fact is he's is a Muslim who is practicing taqqiya. You're right about him visiting the mosques , why would he visit a church when that's shirk to him!
Its sad but true that everything is going down hill under this" uthmanic administration"

Lol. David, any chance you or Sam could get some time to give tuition classes on Islam to the president?

We are one of the nursing essay writing service company as we submit our papers on time and students will have a satisfactory time to go over the essay trying to counter check for any mistake or error which might need urgent correction. Order a custom assignment help and get the best results.