Here in the West, we're constantly told that groups like Boko Haram (whose full name is "The Congregation of the People of the Sunnah for Dawah and Jihad") have nothing to do with Islam. And yet we find high level military officials in Nigeria actively supporting the group. Why? Because Islam commands its adherents to establish Sharia, and Boko Haram is working to establish Sharia in Nigeria.

But if we keep telling ourselves that these groups have nothing to do with Islam, maybe the problem will go away by itself. 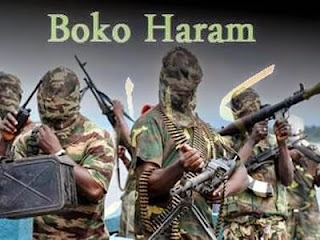 The news follows months of allegations from politicians and soldiers who have told The Associated Press that some senior officers were helping the Islamic extremists and that some rank-and-file soldiers even fight alongside the insurgents and then return to army camps. They have said that information provided by army officers has helped insurgents in ambushing military convoys and in attacks on army barracks and outposts in their northeastern stronghold.

Leadership newspaper quoted one officer saying that four other officers, in addition to the 15, were found guilty of "being disloyal and for working for the members of the sect." (Source)

It would be legitimate and informative to expand the nickname slightly. A “Congregation of the People” is a “Group”: “Jihad” is already in their title.
We could carefully always say “Boko Haram Jihad Group”.

How can a phone tracking app help you catch your cheating girlfriend? Read in this article.

Your instructors or fellow students cannot learn of your acquisition of research paper writing help to upkeep your research paper for sale online credibility; that’s why we guarantee complete confidentiality in all our dealings with our clients.

One should know which company has the best writers whose essay is free from grammatical errors. Grammatical errors reduce the quality of a custom paper especially those who want to pre written research paper and those seeking for custom assignment services.

The most convenient issue is that you can access the Affordable Editing Services at any time and location as long as you have Internet connectivity. You are offered the Dissertation Literature Review by the agency.