Christians are being viciously persecuted in Pakistan, Iraq, Iran, Nigeria, Egypt, Syria, etc. But even though Muhammad commanded his followers to abuse Christians, politicians and the media continue to assure us that the persecution of Christians across the Muslim world has nothing to do with Islam. 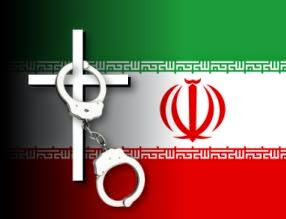 FoxNews—Iranian-born Muslims who converted to Christianity are breathing new spiritual life into communities across Germany, where they are fleeing to in increasing numbers to escape persecution back home.

Men and women, who have been sentenced to the lash or worse for apostasy - converting from Islam - are forming a thriving community of Christian ex-pats in German cities and towns. The Iranian immigrants seek asylum, or simply pay up to $30,000 to enter the country illegally with a fake passport, a new name and plans to start their lives over in new churches.

“The growing number of Iranian Christians fleeing their homeland to come to Germany should alarm us that Iran's regime is getting more and more radicalized and repressive - on a daily basis,” Saba Farzan, a German-Iranian expert on human rights, told FoxNews.com.

A telling example of Iran’s heavy-handed crackdown on Christians is the case of a 40-something Iranian woman named Afsaneh. A spiritual display brought down the full force of Tehran's hard-line regime.

“I was so excited about Christmas that I put up a tree in my home and work," Afsaneh told The Guardian.

However, she along with her cousin would pay a steep price for their embrace of the Christian faith in the Sharia-dominated Islamic Republic. Iranian authorities imprisoned both converts and imposed more than 70 lashes on Afsaneh and her cousin for merely practicing Christianity.

After securing refuge in Germany, Afsaneh said she resents her homeland's lack of freedom.

“I want Iran to have respect for my perspective, about what religion I choose,” she said. “Not just to tell me that I have to be a Muslim.” (Continue Reading.)

Minorities in all Islamic countries are fading away + + +

Including the Jewish communities

We know Buddhist disappeared in Afghanistan!

Jews, Christians and others disappeared from Saudi Arabia!

How strange that we believe in multicultural society but we don't promote it in other societies that is supposedly part of the multicultural!

Does it not raise the Red Flag for the Islamic countries ?

@ Baron Eddie...
You wrote: "Does it not raise the Red Flag for the Islamic countries?"

I believe that when Jews and Christians find themselves unwelcome in ANY locale, that unwelcoming nation or people can expect chaos, death and darkness to follow.

When Jews and Christians find themselves unwelcome, judgement is already falling. (Can the fire & brimstone be far behind?)

My thinking is that Jews and Christians provide the ONLY conduit for the presence of The Holy Spirit of God. When the Holy Spirit is withdrawn... you don't wanna be there.

Iran is courting disaster. Thank Heaven, the Egyptians may still have a chance.

WherEVER we are, we must plead for (and WORK for) the presence of The Holy Spirit to be among us - in GREAT power - if we want our "civilization" to remain civil.

But are we also creating an atmosphere hostile to Christianity & Judaism in our own Western cities? Do I smell brimstone?