In the Muslim world, teenage girls are brutally murdered by their own families for converting to Christianity. Am I a racist or a bigot for objecting? 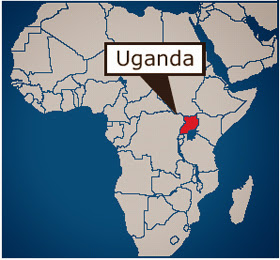 Morning Star News–The 17-year-old daughter of a Muslim man in Uganda was able to attend one church service this month before he killed her for leaving Islam, sources said.

Abdul Hakim Ibanda of Kamuli town in eastern Uganda beat Nanvunani Shamimu and her 19-year-old sister, Nawudo Hasifa, with a blunt instrument after learning that they had attended the church service on April 6, Hasifa told Morning Star News.

The two sisters turned to the Christian faith after they had the same dream the night of April 4, she said.

“We both saw a man dressed in white clothes, telling us to go and be prayed for in the church, but he did not tell us which church to go to,” Hasifa said.

On April 6 they attended United Believers Church in Kawaga, Kamuli District. “On Sunday morning we arrived at the United Believers Church and straight away went to see the pastor and explained to him about the dream and that we were ready to be Christians,” she said. “The pastor prayed for us to accept Jesus as Lord and Savior of our lives. After prayers we then went to church, where the pastor introduced us to the church and that we were new members of the church. The church faithful were cheerful to receive us.”

Area Muslims who saw them enter the church building immediately reported it to their father, sources said. He gathered a group of 32 youths to attack the church, said pastor Musis James of United Believers Church.

“When we saw the rowdy youth approaching the church, the Christians made an alarm and we all left the service in readiness for any eventuality,” James said. “Some of the Muslims retreated, while a few came to where we were and warned us that the two girls should not worship with them, then they left.”

The two sisters arrived home that evening to find their father was furious.

“Our father did not even greet us, but immediately questioned us why we decided to attend the church,” Hasifa said. “We kept quiet. Our silence angered our father. He removed a blunt object and started beating us indiscriminately. My sister was hit somewhere near the neck. She fainted and became unconscious. My father got shocked and stopped beating me. He tried to wake up my sister, but there was no response. I knew she was gone.” (Continue Reading.)

Despite this man' despicable act for killing his own daughter yet above of all we should pray may the grace of salvation of the Lord will touch this man' heart as the "holy fruit" of his daughter' martyrdom.

No follower of Christ can truthfully be accused of being a racist or bigot since that would contradict the Christian Scriptures e.g. Galatians 3:28,

...where there is neither Greek nor Jew, circumcised nor uncircumcised, barbarian, Scythian, slave nor free, but Christ is all and in all.

So the accusation of ‘racism’ and ‘bigotry’ by the followers of Muhammad against Christians, simply for exposing the falsehoods and atrocities of Islam (which, hypocritically, is itself very racist and bigoted), is totally false and without any foundation at all.

In fact, from the Muslim perspective, there seems to be quite a phobia against the Christian doctrine because of its ability to easily expose the Islamic ideology for what it really is, that is, something that was founded by a bunch of grubby, low-life criminals, of whom Muhammad was chief.