Politicians, the media, and Western Muslim organizations constantly assure us that honor killings have nothing to do with Islam, despite the fact that 91% of all honor killings are committed by Muslims. But if honor killings are really so thoroughly un-Islamic, why don't more Muslims stand against the practice? 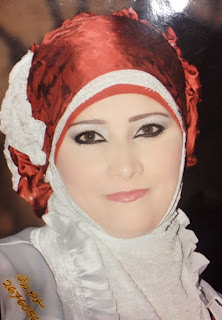 National Review—Thamar Zeidan was murdered by her father when he choked her to death as she took an afternoon nap in their small, conservative West Bank village.

“Honour crimes” are rarely talked about in Palestinian society, but Ms. Zeidan’s mother and sister have gone public to highlight the case and reveal the immense pressure her father came under to commit the crime.

Extended members of the woman’s family accused her of “disgraceful and outrageous acts” in a petition that was widely circulated in her village of Deir Al Ghusun, near the West Bank town of Tulkarem.

The petition demanded Ms. Zeidan’s father, Munther, “reinstate the cultural and religious morals in his family.”

It was posted in five local mosques during Friday prayer and signed by more than 50 relatives, including Abed Al-Rahman Zeidan, a Palestinian lawmaker.

“My husband was under tremendous pressure,” said Ms. Zeidan’s mother, Laila. “The family wanted to banish us from the West Bank and people started rumours that my husband wasn‎‎’t mentally stable.”

“My husband is a peaceful man and this is completely out of character, but the pressure was too intense.”

There have been 27 “honour crimes” in Palestinian areas this year, compared with 13 last year, according to organizations who keep track of such murders. (Continue Reading.)


For the truth about honor killings in Islam, watch our ABN special: