But don't let this distract you from the real threat to civilization: Islamophobia. 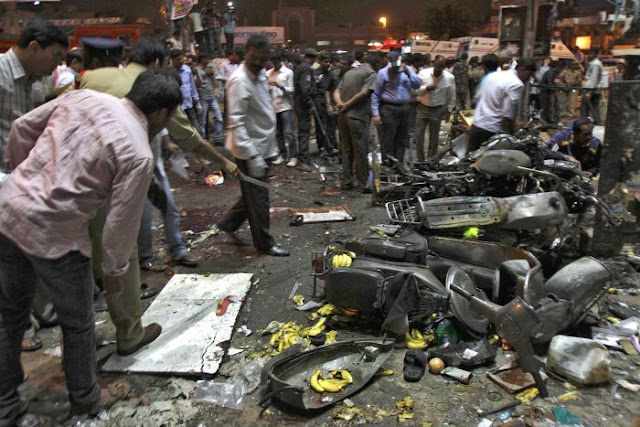 HYDERABAD--Two almost simultaneous explosions killed at least 12 people in the southern Indian city of Hyderabad after Thursday evening’s rush hour. It was the first major bomb attack in India since the 2011 Mumbai bombing that left 26 dead.

Though officials say it is still too early to say which group is responsible for the attack, which also injured 80, Indian media reports are citing intelligence sources blaming it on the Indian Mujahideen, a banned Islamist terrorist organization.

But as the investigation begins, analysts are highlighting India's poor track record on cracking such cases.

“What gets missed is that every terror strike in India is a failure of Indian intelligence agencies, they have a very poor record of solving terrorism cases and most of the people who get charged for these terrorist incidents, ultimately get acquitted by courts but not before getting their lives destroyed,” says Kashif-ul-Huda, editor of TwoCircles.net, a website on Indian Muslim issues.

The Indian Mujahideen, a domestic group, has been blamed for many bomb blasts in India in the past, including the 2011 Mumbai blasts. (Continue Reading.)


Click here for more on Jihad.
Posted by David Wood at 7:01 PM