Well, I tried to avoid drawing premature conclusions when I posted news of the Moscow bombing. I did note, however, that Muslims are commanded to fight and violently subjugate non-Muslims, which makes a Muslim attack more likely. It looks like things are pointing in that direction. Our Westernized Muslim friends tell us that Muslim terrorists are misinterpreting Islam. Isn't it strange that so many Muslims, from countries around the world, seem to misinterpret Islam in exactly the same way? 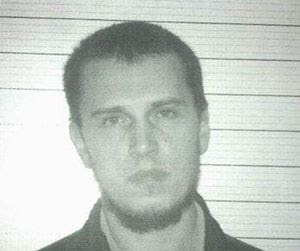 Security sources have named an ethnic Russian Christian who converted to Islam as the prime suspect in Monday's deadly suicide bombing at a Moscow airport.

Sources close to the investigation said that Vitaly Razdobudko, a 32-year-old from the southern Russian city of Stavropol, was being sought in connection with the attack, the Kommersant newspaper reported yesterday. It is not known whether Razdobudko is suspected of being the actual suicide bomber or an accomplice.

Razdobudko went missing in October last year, with his wife, according to police sources in Stavropol. He is believed to have been an Orthodox Christian, of Slavic appearance, who later converted to Islam.

The bomb, which ripped through the arrivals hall of Domodedovo Airport on Monday afternoon, killed 35 people including one Briton and left 180 injured. Russian authorities have released little information, and eyewitness accounts diverge wildly. Some speak of a male suicide bomber, some of a female bomber; in some testimonies, the bomber detonated a suicide vest, while in others the bomb was in a suitcase. (Read more.)

Oh wait, no one is surprised.

well he looks cool tho, too sad if he is guilty =)

From BBC: «Umarov [muslim fascist thate claimed the responsability for this action] says that he and his fighters "are waging jihad in the Caucasus today to establish the word of Allah"»

butt I'll bett thate WomenforLies101 and other intoxicated muslims will say this has nothingue to doo withe islamic religion... sure...