Was Aisha really only Nine? 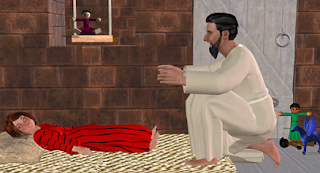 More importantly, this is not true. Hisham is not the only narrator. Here are some versions of the tradition that did not pass through Hisham.
We were told by Abd ibn Humayd, who was told by Abdalrazzaq, who was told by Muammar, from Zuhri, from Urwa, from Aïsha, that the Prophet married her when she was seven, and she entered his house when she was nine, and she played with her toys; and he died when she was eighteen.[20]
Habib, the servant of Urwa, said: “… Aïsha was born at the beginning of the fourth year of prophethood, and she married the Messenger of Allah in the tenth year, in Shawwal, when she was six.”[21]
We were told by Yahya ibn Yahya (who said Ishaq told him), and by Ishaq ibn Ibrahim, by Abu Bakr ibn Abi Shayba and by Abu Kurayb, who were told by Abu Muaawiyah, from Al-Aamash, from Ibrahim, from Al-Aswad, from Aïsha, that she married Allah’s Messenger when she was six and entered his house when she was nine, and he died when she was eighteen years old.[22]
We were told by Ahmad ibn Saad ibn Hakam ibn Abi Maryam, who was told by his uncle, who was told by Yahya ibn Ayyub, who was told by Imara ibn Ghazan, from Muhammad ibn Ibrahim, from Abu Salama ibn Abdalrahman, from Aïsha, who said: “Allah’s Messenger married me when I was six years old and I entered his house when I was nine.”[23]
We were told by Qutayba, who was told by Aabthar, who was told by Mutarraf, from Abu Ubayda, from Aïsha, who said: “Allah’s Messenger married me when I was nine years old, and I lived with him for nine years.”[24]
It is said that at least eleven narrators reported from Aïsha and told the story of her wedding at age nine. There were additional narrators who learned the information from someone other than Aïsha.[25] To discredit the “Aïsha was nine” tradition, it would be necessary to discredit every single one of these narrators. Many of them are such important narrators that this would amount to discrediting the whole body of Islamic traditions – leaving us with no information about the life of Muhammad, not even a certainty that he existed.
The only real discrepancy is that while most traditions state that Aïsha was legally married when she was six, a few say she was seven.[26] This could mean that Aïsha was not completely sure of the date of the contract (after all, she was not present when it happened). Perhaps there was some legal hitch, due to the need to break off Aïsha’s first engagement and then to collect witnesses on a day when everyone was in town. It could be that what was first informally contracted in May 620 (when Aïsha was six) was not absolutely finalised until, say, November, when she had turned seven (lunar) years old. But there is no uncertainty about the date of consummation, which is always said to be at age nine.
Argument 2
Hisham’s memory became unreliable when he was elderly (when he narrated about Aïsha’s age). Malik ibn Anas talked about people who criticised the elderly Hisham.[27] Therefore no evidence from Hisham can be used.
Answer 3
This point is trying to fool the reader into assuming that if Hisham can be discredited, therefore all narratives about Aïsha’s age are unreliable. This is illogical. On the contrary, the fact that Hisham agrees with so many other narrators on this point strongly suggests that, whatever mistakes he might have made elsewhere, this particular narration is accurate.

“We cannot prove that Muhammad had sexual fantasies or urges involving children.” No, we cannot, but we don’t need to. The definition does not say “and behavior” but “or behavior”. So if his behaviour meets the criterion, that is sufficient for a verdict of paedophilic disorder, and we don’t need to know his thoughts.

“Muhammad’s primary sexual interest was in adult women; Aïsha was an exception.” Yes, Muhammad was attracted to females of every age under forty-five. But this is irrelevant. The definition does not require that a paedophile be attracted exclusively to children. In fact, it recognises these sub-types.

Specify type:
Exclusive Type (attracted only to children)
Nonexclusive Type[116]
Muhammad’s paedophilic disorder was of the non-exclusive type; it did not cease to be paedophilic.

“Muhammad did not have sexual activity with numerous children, but only with Aïsha.” This is also irrelevant. The definition says “child or children”. Sexual activity only needs to be directed to one child to meet the definition of paedophilia.

However, see chapter 20 [of Unveiled - The Nineteen Wives of Muhammad[117]] for the stories of two children even younger than Aïsha in whom Muhammad also showed sexual interest. Nor can we be absolutely certain that Muhammad’s “small” wife Mulayka (chapter 14) had reached menarche. We cannot prove that he had fantasies or urges about these children, or that his interest in any of them lasted as long as 6 months; but the dating (i.e., after Aïsha had reached puberty) is circumstantial evidence that he continued to be attracted to children even after Aïsha grew up.
Does Muhammad’s behaviour meet the formal definition of paedophilic disorder? Yes. According to the standards of his own culture, should he have known better? Yes. Is it appropriate to label Muhammad a “paedophile”? That depends on what you hope to achieve. There are some situations where it is better to steer clear of name-calling and anger-stirring because it will defeat your purpose. There are other situations that call for objective accuracy, even if that means using a clinical term like “paedophile”.
Conclusion
When people desperately insist that Aïsha could not have been a nine-year-old bride, we need to ask those people about their motives. Obviously they are not worried about Aïsha herself. She is dead, and it is too late to help her.
Do these apologists harbour some obscure hope that, if only they could convince the world that Aïsha was not a child-bride, then child-marriage among Muslims today would stop?
That will not work, for the weight of history is against them. There are several groups of people who are unlikely to give up their belief that Muhammad married a nine-year-old just because of a few cyberspace debates.
1.       Muslims who know Islamic history. These people are not necessarily scholars, but they know what their traditions have always taught. They do not necessarily believe that child-marriage is acceptable for today, but they do tend to assume that it must have been all right for Muhamad.
2.       Adult men who want to marry little girls. They do not necessarily care about the truth or about Islam (although some of them do), but they find it convenient to use Muhammad’s example as their justification.
3.       People who hate Islam. Again, they do not necessarily care about the truth (although some of them do), but they will grab any excuse to prove that Muhammad was a very bad person.
4.       People who care about children’s rights and, as a step towards stopping child-marriage, want an honest understanding of why it is happening. Some of these people also “hate” Islam (the philosophy), but only as a result of caring about human rights and not because they hate any group of people.
5.       People who care about the truth, no matter what that might happen to be.
Trying to argue that “Muhammad did not marry a nine-year-old” is unhelpful because it is untrue. The weak and silly claim that “Aïsha was older than nine” might convince Westernised Muslims (the kind of people who would never support child-marriage anyway) and it might convince uninformed Westerners who want to believe the best of other cultures. But it will not convince anyone who knows Islamic history, with the result that it will not stop child-marriage in Islamic cultures.
Or is the history-rewriters’ true priority something quite different? Perhaps their real focus is not on Aïsha at all but on Muhammad. Perhaps they want to make him look like a hero, someone whose behaviour would be palatable and even inspiring to the West. That means they have to explain away any behaviour that the West would find unheroic, distasteful or despicable. Perhaps their true goal is to make Muhammad look good at any cost.
In that case, they should bear in mind that it is real children, this very day, who are paying that cost.

Muhammad contracted the marriage when Aisha was six, but didn't consummate it until she was nine. Historically, contracting marriages with children isn't particularly unusual. Having sex with them is.

Child marriage is difficult to outlaw in Muslim countries because of Muhammad's example.

IT’S OK TO RAPE A CHILD!

Beautiful analysis done by Tara McArthur. I used her analysis and verbatim to create a powerpoint to educate my audience on youtube. I have given her credits. I have also added a few points of my own to this analysis. Best analysis so far that I have read.