Biblical Typology and Prophecies About Muhammad: A Reply to Yahya Snow 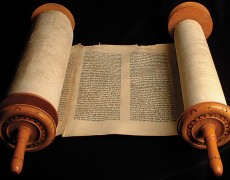 Previously, I published an article on this site about the evidential value of Messianic prophecy in making the case for Christianity. Shortly thereafter, Yahya Snow, a notorious Muslim polemicist, published some comments regarding my article on the blog of Paul Williams, Blogging Theology. Normally, it is courtesy to link to an article that you are responding to. Yahya, however, doesn't do this.

Muslims are desperate to find prophecies about Muhammad in the Bible. They are desperate because the Qur'an, in Surah 7:157 and 61:6, tells us that Christians and Jews can read of Muhammad in the Torah and Injil. Therefore, if Muhammad cannot be found in the Torah and Injil, Islam is false. Muslims have had 14 centuries since then. They have searched high and low to find cases of Muhammad in the Bible. To-date, all of the argued cases they have come up with have turned out to be completely empty -- in most cases to the point of being laughable. For further in-depth discussion of this topic, here are two of my appearances on ABN where I discuss this topic -- here and here.

Over at Blogging Theology, Yahya Snow couldn't contain his excitement as he read my article. If Christians could use a typological hermeneutic in interpreting Messianic prophecy, why couldn't Muslim do the same thing for Muhammad?


Not so fast, Yahya. Such an approach, even in principle, can only work if the theology of the Biblical type is consistent with the alleged fulfillment.


When Israel was a child, I loved him, and out of Egypt I called my son.

The typology here works because Israel is identified here as God's Son, just as Jesus is identified as the Son of God in the New Testament. Both Israel and Jesus went to Egypt and were called out of there. Both spent time in the wilderness to be tested and prepared. Both entered into the promised land. The typology is appropriate, then, because the theology is consistent with the type and the anti-type.

The Qur'an, on the other hand, repudiates the notion that God has sons in any sense of the word. Consider Surah 5:18:


But the Jews and the Christians say, "We are the children of Allah and His beloved." Say, "Then why does He punish you for your sins?" Rather, you are human beings from among those He has created.


[He is] Originator of the heavens and the earth. How could He have a son when He does not have a companion and He created all things? And He is, of all things, Knowing.


The Jews say, "Ezra is the son of Allah "; and the Christians say, "The Messiah is the son of Allah ." That is their statement from their mouths; they imitate the saying of those who disbelieved [before them]. May Allah destroy them; how are they deluded?

This method, therefore, can hardly be used to validate Muhammad. Typology does not allow for finding a person who contradicts the theology of the Bible.

Now, let's consider the only example that Muslims have ever been able to come up with for where we can allegedly read of Muhammad in the Injil: the texts in John's gospel concerning the coming Helper. The way in which Muslim might attempt to read this as a type is to say that Muhammad functions as a paraclete since he comes to help the Christians by restoring the true message of Jesus. In Surah 16:102, we read,


Say, [O Muhammad], "The Pure Spirit has brought it down from your Lord in truth to make firm those who believe and as guidance and good tidings to the Muslims."

Thus, if a Muslim wishes to read this text typologically, then I guess they could say that just as John 14 speaks of the Holy Spirit speaking to the Apostles, Muhammad then comes along six centuries later and does something similar for the Christians living at that time who were confused and divided over the person of Christ and the nature of God, doing so by the inspiration of the very paraclete of John 14. And a paraclete can be a human person -- after all, Jesus Himself is identified as a paraclete in 1 John 2:1.

The problem here, once again, is with theology. In this very text in John, God is identified as the Father, especially of Jesus (John 14:16), Jesus is the divine Son who is the object of prayers/worship (John 14:13-14), who is omnipresent since he and the Father dwell with all believers everywhere (John 14:20,23) etc.

Yahya Snow also challenged the argument I articulated in my previous article. He alleges two problem passages. The first of those is the utilization of Zechariah 9:9 in Matthew 21 where the author depicts Jesus riding on a donkey and a colt. He quotes Dr. Loauy Fatoohi:


"The Hebrew text for this Old Testament prophecy talks about one animal which is described twice, but its Greek translation uses “and”, meaning two animals instead. Matthew relied on the Greek translation of the Old Testament so he made Jesus ride on two animals. He had to change the earlier part of the story to make Jesus order his two disciples to bring a donkey and a colt. The fact that Jesus could not have ridden on two animals at the same time did not bother Matthew!"

It is actually only Matthew who mentions that two animals were present (see Mark 11:4, 7; Luke 19:33, 35). An unbroken young colt was best controlled by having its mother walk alongside it to calm it.

Is Matthew asserting that Jesus rode two animals simultaneously when he says that Jesus sat on "them" (Matthew 21:7)? No. The "them" being referred to, here, is the cloaks that had been placed upon the animals Here is what it says:


"They brought the donkey and the colt and put on them their cloaks, and he sat on them."

The disciples had placed their cloaks on both animals since both were in the procession. Jesus, however, sat on the cloaks that had been placed on the foal.

As for the assertion that the Hebrew text does not use the word "and", I looked up the Hebrew text and it does indeed say חֲמ֔וֹר וְעַל־ עַ֖יִר, literally meaning, a donkey and on a colt.

Yahya then raises the issue of the nativity narratives, and the birthplace of Jesus. Yahya quotes Dr. Bart Ehrman, who argues that while Mark and John do not assume that Jesus was born in Bethlehem but rather that he was from Galilee, Matthew and Luke "get" Jesus born in Bethlehem in fundamentally different ways.

According to Luke's account (Luke 2), Mary and Joseph traveled to Bethlehem because a census had been ordered and everyone was to go to their home town. Matthew does not give us the reason why Mary and Joseph ended up in Bethlehem. We are simply told in Matthew 2:1, "Now after Jesus was born in Bethlehem of Judea in the days of Herod the king..."

For a more detailed discussion of the nativity narratives of Matthew and Luke, I suggest reading my previous article on the subject, and also this article by J.P. Holding.

In summary, the argument from Messianic prophecy, properly interpreted and utilized, remains a powerful argument for the truth of the Biblical Christian worldview, and the use of Biblical typology in no way validates Muslim claims of Muhammad being prophesied in the Bible.
Posted by Jonathan McLatchie at 7:13 PM

Mohammed is mentioned in one place in the Bible that I can determine. It's in Daniel 11: 7-9. Of course we must understand that Daniel 11:6 ff. speaks of Julius Caesar, Cleopatra, Caesaria (their male child), Marc Antony, etc. Since we know that Mohammed was Egyptian, we can now see that he is the one who is the offspring of her (Cleopatra's) root (Ptolemy). Thus did Mohammed, truly of Greek ancestry, come back into Egypt and bring Egypt into the fold of his new religion of the hard-dealing, rigid god, Allah. And the rest is history, as the kings of the north and the south are still going at it in 2017. Study Daniel 11 from a literal translation, like Young's literal translation, and find every ancient history book you can find to better understand the meaning of the sentences in Daniel 11.

That is Great.
God bless you

I am new to this Muslim argument about Muhammad in the Bible,but their argument that Muhammad is a prophet like Moses,from one of your brothers, makes sense since the Hebrew word for brother also means relative.