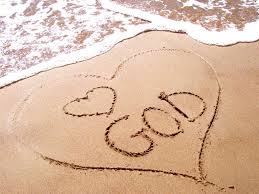 The Qur'an asserts that the God whom Christians and Jews worship is the same one whom Muslims worship (Q 29:46). This claim is of course blatantly false as the description and characteristics of God in the Bible are very different from that of Islam.
God is Father to His people, and He is also the Father of our Lord Jesus Christ (Ephesians 1:3; 1 Peter 1:3). The God of the Bible is limited by His own perfection, thus He cannot sin, He cannot lie, He cannot deny Himself. God cannot create contradictions such as square circles and married bachelors. The old dilemma, "can God create a rock so big that He cannot lift?" which tries to argue against God's omnipotence is nonsensical. God cannot create anything bigger or better than Himself because there is nothing greater or bigger than God. By definition, anything God creates is a creature and belongs to the category of creation. God is the only Being who is uncreated. Allah however, unlike the Yahweh of the Bible, can do anything he wants. He is unfettered, even by his own nature which according to Islam is beyond human comprehension. Thus when the Qu'ran quotes the Jews as saying, "Allah's hand is fettered" and it replies by saying, "Their [the Jews'] hands are fettered and they are accursed for saying so" (Q 5:64; Pickthall), this has been understood as a rejection of the notion that Allah operates the universe by certain discernible laws and that a fixed order exists within the creation. While both Jews and Christians hold to this notion of God's creation and His ordering of the universe which is the very basis of being able to do science and engage in rational discourse, Islam categorically rejected it. Allah is bound by nothing at all and "He will not be questioned as to that which He doeth, but they [the unbelievers] will be questioned (Q 21:23).

Another important difference is concerning the kind of Being the God of the Bible is in comparison to Allah. The Christian philosopher and theologian Anselm of Canterbury (1033-1109) argued that God is "the greatest conceivable Being" of which no greater Being can be conceived. What would the greatest conceivable Being be like? He would have to be perfect, infinite, all knowing, all powerful, everywhere present, absolutely just, and also be pure love and loving, as love is greater than hate. A loving Being is greater than a hating one. The God of the Bible matches this description of the greatest conceivable Being, Allah does not. Why is this the case? The God of the Bible is not only a loving God, He is an eternally loving God. The Bible is filled with references to God's love. Perhaps the best known text is John 3:16 which states "God so loved the world" and He demonstrated this love by sending His one and only Son. The Bible states "God is love" (1 John 4:8,16). This is an important statement. The word "is" (estin; Greek) in this text is known as a present indicative verb. The text does not say God was love, or that He became love, but He is love. Scripture uses the same verb to say elsewhere that "God is light" (1 John 1:5). Did God become light or was He light, or is God eternally light? God is eternally light, but He is also eternally loving.

God was never alone, and was never dependent on anyone or anything outside Himself. God does not need us, we need Him. If God needed something such as love or companionship outside Himself then He would not be a complete and perfect Being because the idea of need reveals a deficiency, a lack of wholeness. As A.W. Tozer once put it, 'need' is a creature word. A unitary deity like Allah would have been alone before he made anything, and as such, he could not relate to anyone or anything. Since the biblical God is a Triune Being (Father, Son, and Holy Spirit), God has eternally loved Himself within the Persons of the Trinity. The Father did not love the Son at some point, He always loved the Son, and this love is shared perfectly and harmoniously by Father, Son, and Holy Spirit. Jesus could speak of the glory He shared with the Father before the world existed (John 17:5). As Augustine (A.D. 354 - A.D. 430) argued long ago, in order for love to exist there must be at the most basic level a subject-object relationship including the love that binds them. God's nature is personal but also relational. The Father (the lover) loves the Son (the beloved), in the Holy Spirit (the bond of love). Yahweh is not like the 'Monad' of Plato (427 B.C. - 347 B.C.) or Plotinus (A.D. 204 - A.D. 270) who is an absolute singularity or the "One" much like the Allah of the Qur'an. Yahweh God is the very basis of love, because He is eternally loving within Himself. The biblical God is also the basis of relationship because He is an eternal community within Himself as the Persons of the Trinity are eternally in relationship to one another. As Allah was by himself before creation, there was nothing and no one for him to love. Thus, in order for Allah to love and be loved, he had to make something / someone, which means he would be dependent on his creation to express any form of love. The biblical God is independent of His creation.

God is also the basis of communication. In order to communicate you also need a subject-object and a medium of communication (language). God is an eternal communicator because He has communicated within his Triune nature. Thus it is no surprise that John 1:1 begins with "In the beginning was the Word, and the Word was with [or "face to face" describing relationship] God, and the Word was God." This Word was in an eternal relationship with God (John 1:2) seen in the use of the imperfect verb ("was") meaning ongoing action in the past. Allah as we noted above was alone before creation. There was no one for him to communicate with. He needed to create someone or something to communicate with and again this indicates a dependency on his creation. A unitary deity like Allah lacking a subject-object relationship and a medium for communication would essentially be reduced to a mute. In Gnostic religion which predates Islam, the highest god is usually referred to as "the Unknown Silent One".


6 For while we were still weak, at the right time Christ died for the ungodly. 7 For one will scarcely die for a righteous person- though perhaps for a good person one would dare even to die- 8 but God shows his love for us in that while we were still sinners, Christ died for us. 9 Since, therefore, we have now been justified by his blood, much more shall we be saved by him from the wrath of God. 10 For if while we were enemies we were reconciled to God by the death of his Son, much more, now that we are reconciled, shall we be saved by his life (Romans 5:6-10 ESV; italics mine).


The name "Jesus" was given to the Son of God because "he will save his people from their sins" (Matthew 1:21; italics mine), and Jesus said about His ministry that He came to "seek and save the lost" (Luke 19:10). What a Savior! We could not save ourselves, so He clothed Himself in frail humanity to redeem those who were weak and who were His enemies. God loves sinners, Allah hates sinners. Allah's love is conditional as we see in the following passage, "Say `If you love ALLAH, follow me [Muhammad]; then will ALLAH love you and forgive you your sins.' And ALLAH is Most Forgiving and Merciful" (Q 3:31; Sheri Ali; italics mine). Notice the conditional "if". If one loves Allah the first thing he / she is to do is follow Muhammad, then Allah will love them in return and forgive them. The following verse in Q 3:32 is quite instructive, "Say, `Obey ALLAH and HIS Messenger;' but if they turn away, then remember that ALLAH loves not the disbelievers" (Sheri Ali; italics mine). Q 30:45 also states,"Surely, HE [Allah] loves not the disbelievers" (Sheri Ali; italics mine). Compare this to the love of the biblical God which is unconditional, "We love because he [God] first loved us" (1 John 4:19).

As we saw above, God is love, the source of love, and He has taught us to love. God's love was most powerfully demonstrated in the giving of His Son. Allah only loves those who love him first on the condition that they follow Muhammad. When speaking about love, Jesus commanded us to love our own enemies and thereby imitate our heavenly Father (Matthew 5:44-45), who also loved His enemies (Romans 5:8-10). Jesus goes on to say, "For if you love those who love you, what reward do you have? Do not even the tax collectors do the same?" (Matthew 5:46). Who does Allah resemble here? God the Father who loves His enemies, or the tax collectors who only love those who love them? Notice Jesus disparages us from having conditional love. For love to be true, it must be unconditional and sacrificial just like that of Jesus. Jesus did not just say God loved sinners, He showed God's love for sinners by demonstrating it in laying down His life on behalf of sinners. How can anyone reject such a love as this? This love can only come from the God who is love (1 John 4:8,16).

Well done brother Tony! As Christians, we have every reason to be rejoicing! Our God's love is perfect and unconditional!

Instead of theses schismatic discussions , let`s try to find out how all people, including Christians, Buddhists, Moslems, Jewish... can start talking, looking for finding common grounds, and love each others.

A Moldovan girl will plan a romantic date complete with candles and delectable cuisine, send nice texts to her guy while he is at work, and invite him to do something together. These are the most valuable characteristics in moldovan brides. So I began seeking for a female like her. I'm proud of my wife because of these people. I would recommend this dating method to anyone; it has the potential to change your life.

Hey everybody. A friend of mine recently encountered a situation that changed her mind about dating sites. She met a man there and everything started out very well. But she was worried that they communicated only by messages and he did not ask her to meet him. Later it became known that it was just a bot. Have you ever encountered such cases?

I am sure that there is something to try in our life, the main thing is to look for an opportunity. I recommend you visit gay sex glasgow and learn more about gay dating sites. This will greatly simplify your search and allow you to start communication as quickly as possible if you so want to try unusual love.