Would Muhammad Have Approved of the Islamic State? Part 2: Influence in Medina 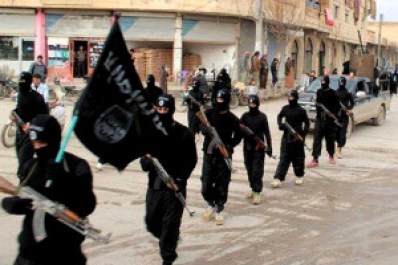 In a previous article, I began a series of blog posts addressing the question of whether or not Muhammad would have approved of the Islamic state.  In the first instalment, I discussed Muhammad’s life in Mecca, and introduced the Islamic doctrines of abrogation and Taqiyya, both of which are found in the Qur’an itself. As I noted briefly at the conclusion of my earlier article, in 622 A.D., as a consequence of the hostility towards him from his tribe the Quraish, he was forced to flee to Yathrib (which he would rename Medina).
In this second installment, we shall examine the developments in Muhammad’s attitude as he gained influence in the city of Medina.


Muhammad’s Influence in Medina
As Muhammad’s following grew, so did his military strength — and the nature of Muhammad’s message and supporting “revelations” began to change. While previously Muhammad had promoted, for the most part, peace and tolerance, Muslims were now granted permission to engage in defensive military jihad — that is to say, they could fight in order to defend themselves against an adversary. As we read in Surah Al-Hajj (22):39-40,

“Permission (to fight) is given to those against whom fighting is launched, because they have been wronged, and Allah is powerful to give them victory. They are the ones who were expelled from their homes without any reason, except that they say “Our Lord is Allah.” Had Allah not been repelling some people by means of some others, the monasteries, the churches, the synagogues and the mosques were Allah’s name is abundantly recited would have been demolished. Allah will definitely help those who help him (by defending the religion prescribed by him.) Surely Allah is Powerful, Mighty.”

It isn’t exactly true to say that they were expelled from their homes “without any reason, except that they [said] ‘Our Lord is Allah.'” The Quraish had no problem with Muhammad and his followers saying “Our Lord is Allah” or even preaching Islam. It was Muhammad’s denunciation of the Meccan gods that upset the leaders of the Quraish (e.g. see the dialogue I quoted in my previous post that occurred between Muhammad and the Quraish leaders). It seems that Allah decided to fudge the facts just slightly.
Muhammad subsequently embarked on a series of caravan raids, with the apparent intent of weakening the economic and military capabilities of Mecca. The seventh of those raids, and the first successful one, was the Nakhla raid, which took place in January of 624 A.D. This attack took place on a sacred month, i.e. at a time when fighting was forbidden. Conveniently, however, Muhammad received justification in the form of a revelation from Allah. We read in Surah Al-Baqara (2):217,

“They ask you about the Sacred Month, that is, about fighting in it. Say, “Fighting in it is something grave, but it is much more grave in the sight of Allah, to prevent (people) from the path of Allah, to disbelieve in Him, and in Al-Masjid-ul-Haram, and to expel its people from there, and Fitnah (to create disorder) is more grave than killing.” They will go on fighting you until they turn you away from your faith if they could, while whoever of you turns away from his faith and dies an infidel, such people are those whose deeds will go to waste in this world and in the Hereafter, and they are people of the Fire. They shall be there forever.”

Thus, according to this Qur’anic verse, it appears that Allah’s justification for the raids on a sacred month is that, as grave as it might be, what the Meccans were doing was assuredly worse.
The Battle of Badr

Muhammad learned that a large Quraish caravan was coming from Syria. This caravan was under the protection of a Meccan army. In March of 624 A.D., despite being out-numbered more than three to one, the Muslims attacked, and defeated, the Meccans at what became known as the battle of Badr. Several key Quraishi leaders were killed during this battle, including Abu Jahl, who had been Muhammad’s primary opponent. How were the enemies of Islam to be killed? We are told in Surah Muhammad (47):4:

“So, when you encounter those who disbelieve, then (aim at) smiting the necks, until when you have broken their strength thoroughly, then tie fast the bond, (by making them captives). Then choose (to release them) either (as) a favour (shown to them), or (after receiving) ransom, until the war throws down its load of arms. That (is Our command). If Allah willed, He would have (Himself) subjected them to retribution, but (Allah ordered you to fight), so that He may test some of you through some others. And those who are killed in Allah’s way, He will never let their deeds go to waste.”

Muhammad promised immediate entry into Paradise for any Muslim soldier who was slain during the battle. The next two verses (5-6) continue,

“Instead, He will guide them, and will set aright their state of affairs, and will admit them to the Paradise He has identified for them.”

The battle of Badr represents a key victory in Islamic history, since it strengthened Muhammad’s position as leader in Medina. It is important to bear in mind, then, that the first real battle between Muslims and non-Muslims, therefore, was brought about not by a military assault on the Muslim community, but by the Meccans merely trying to protect their trade routes.
The Qaynuqa Jews
Muhammad subsequently received a revelation permitting him to break treaties he had previously made with groups he thought might betray him. In Surah Al-Anfal (8):58, we read the following:

“If you apprehend a breach from a people, then, throw (the treaty) towards them in straight-forward terms. Surely Allah does not love those who breach the trust.”

When the Battle of Badr took place, they [the Banu Qaynuqa Jews] transgressed and showed jealously, and violated the pact and the covenant. Thereupon Allah the Blessed and the High revealed to His Prophet: “And if thou fearest treachery from any folk, then throw back to them (their treaty) fairly. Lo ! Allah loveth not the treacherous”.
The Apostle of Allah, may Allah bless him, had said : I fear the Banu Qaynuqa’ but after this verse he marched against them. His standard that day was borne by Hamzah Ibn ‘Abd al-Muttalib. The standard of the Apostle of Allah, may Allah bless him, was white and there were no flags that day. He left Abu Lubabah Ibn ‘Abd al-Mundhir al- ‘Amri as his vicegerent at al-Madinah. Then he marched against them and besieged them for fifteen days till the appearance of crescent of the month of Dhu al-Qa’dah. They were the first among the Jews to violate the pact and fight. They shut themselves up in their fortress, so he (Prophet) strongly besieged them, till Allah cast fear in their hearts.

Although Muhammad wanted to have every man of the tribe put to death, a Muslim named Abdullah ibn Ubayy interceded on their behalf. According to Ibn Ishaq’s Sirat Rasul Allah, the earliest extant biography of Muhammad (Oxford University Press English translation, p. 363),

“Abdullah b. Ubayy b. Salul went to him when God had put them (the Qainuqa tribe) in his power and said, ‘O Muhammad, deal kindly with my clients’ (now they were allies with Khazraj),but the apostle put him off. He repeated the words, and the apostle turned away from , whereupon he thrust his hand into the collar of the apostle’s robe; the apostle was so angry that his face became almost black. He said, ‘confound you, let me go.’ He answered, ‘No, by God, I will not let you go until you deal kindly with my clients. Four hundred men without mail and three hundred mailed protected me from all mine enemies; would you cut them down in one morning? By God, I am a man who fears that circumstances may change.’ The apostle said, ‘You can have them.’”

It was at this time that Muhammad allegedly received the revelation that we read in Surah Al-Maeda (5):51:

It is in light of this context surrounding the Qainuqa tribe that we can understand the next verse (52):

“Now, you see those who have disease in their hearts race towards them saying, “We apprehend that some misfortune may overtake us.” So, it is likely that Allah may bring victory or something else from His own side, whereupon they will become regretful over what they concealed in their hearts.”

Allah thus appears to condemn in the harshest of terms those who (like ibn Ubayy) feared loss of business prospects as a result of the Qaynuqa tribe’s misfortune.
Conclusion
As Muhammad gained influence in Medina, the content of his revelations grew more sinister, and the more militant and aggressive he and his followers became. Between 624 and 625 A.D., Muhammad ordered a number of assassinations of critics, including poets and storytellers. This will be the subject of our next instalment.
Posted by Jonathan McLatchie at 3:44 AM

What happened to WIkiislam? It's not workking.

It's actually still working, but it moved.

Here is the new address: http://wikiislam.exmna.org/wiki/Main_Page

Here is the accompanying announcement from the new managment, Ex-Muslims of North America: http://www.exmna.org/ex-muslims-north-america-takes-ownership-operation-wikiislam/

I am so pleased to know that Wikiislam is still there, thank you for the link.

Any time! It's going to move again, though, so if necessary I'm sure I can provide the permanent address when the time comes.

Karen Armstrong doesnot agree. She thinks that islam is very peacefull and that we don't understand Mohammed. (and Jezus)