Western politicians and the media overwhelmingly supported the "Arab Spring," which, they thought, would lead to the flourishing of freedom and democracy in the Middle East and Northern Africa. Instead, the movement led to the empowerment of groups like ISIS and the extermination of Christians, Yazidis, and minority Muslim sects.

The Obama Administration, still convinced that a peace-loving population of Muslims would rise up against their violent co-religionists, spent loads of money funding moderate Muslim soldiers. The result? There are only 95 of the program's trainees remaining in Syria. Thus, the Pentagon spent millions of dollars per trainee to fund a force incapable of standing against the weakest of jihadist groups. 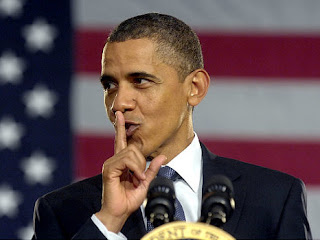 Washington (USA Today)—When the Pentagon pulled the plug last month on its plan to train and field a force of moderate Syrians to combat the Islamic State, it had spent $384 million, or $2 million per fighter, for a program that produced dismal results, according to interviews and spending figures obtained by USA TODAY.

The Pentagon had tabbed $500 million in 2015 for the effort and promised to graduate 3,000 trained and equipped New Syrian Forces fighters this year, and 5,000 annually thereafter to combat the Islamic State, also known as ISIL.

The program was suspended after $384 million had been spent. Of the 180 Syrians vetted, trained and equipped, 145 fighters remain in the program. Of those, 95 are in Syria today. Two of the four training camps the Pentagon designated for the program in the Middle East never hosted a recruit. (Continue Reading.)

To understand the leadership problem we face in the West, watch this video:

Excellent video brother. God bless you and your ministry.

I wish there were actually a book written on Obama's pernicious presidency, in a language simple enough for the feeble-minded leftists / Democrats to understand, for concerning Islam and Muslims, no matter what beguiling narrative, or blunderous compromise their mighty King Obama makes, it never seems to effect their undying regard for him. Everyone of them, be it in the media, in celebrity circles, or a mere laypeople in the street, they all sing harmoniously the same nefarious tune that he spews.... "It has nothing to do with Islam...Islam is a religion of peace".

Has the Western civilization gone completely mad that we repeatedly elect leaders worldwide, that cower before and defend a mendacious and malignant seventh century ideology?

Will we ever live to see the day when truth no matter how offensive it may be to some or many, still be told? maybe not!

However, keep up the good fight David ...

To Obama ISIS is JV TEAM, easy to defeat. Obama himself brought up in a Muslim family being a son of Muslim father and raised up in a Muslim country Indonesia, his underestimate Islam as a religion and ISIS a threat to civilized word is discrediting to his legacies as two term president of America.

I recall a short article written by David P. Goldman in which he said that the two pillars of western civilization are the American presidency and the papacy. He was and I assume is very skeptical about Obama and believed that nihilists were now gaining more and more control over the country. He wrote that electing Obama to the presidency is like electing Madonna to be pope.

Small change for an economy the size of America

Hi David, Do you have an effective list of references to the koran's scripture, that illuminates the sinister values therein? In the internet I find to much goo instead of glue to stick them together.

I have been watching your videos and debates recently, and am very thankful for how clearly you've explained some of the issues with Islam. As a Christian, I wanted to understand more about Islam, and whether or not it is in fact a religion that can be faithfully followed without leading to violence. I'm becoming more and more convinced that it can't if its adherents are faithful to the Koran. This is a scary prospect; only the reality that God is sovereign over all is a comfort to me.

That said, as a fellow Christian, I feel a need to comment on something, take it or leave it: your tone in some of these videos is quite sarcastic, and isn't very winsome to those who may otherwise consider your very good points. To put it in "Christianese", I don't believe it's a balance of grace and truth. Lot's of truth, but I think you could mix in a bit more grace. Afterall.... wouldn't we all be living in fantasy land apart from the grace of Jesus Christ? The god of this world has blinded the minds of unbelievers. I don't know your heart in creating this video, so forgive me if I have misjudged, all I know is that the gospel compels us to love all people in every way possible.

Hello. God Bless. I really am amazed at the amount of people who can believe in such an obvious false prophet. Thank you, David, for pointing this out in the way it needs to be. I have watched several of your debates and videos and rather like your sarcastic tone, I mean it really is like duh, after hearing your research. I am just now reading The New Testament and am realizing how lost I've been all these years. I was just never really around religious people. The world is going to crap, but now I know that Jesus is our Lord and Savior.
Keep up the good work. You and your friends are awesome. God Bless, Angie
P.S. If you publish your book I would sure like a copy. Thank you.