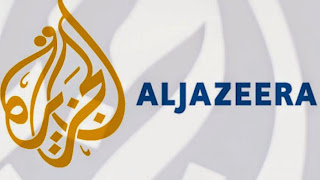 When jihadists attacked the World Trade Center, politicians and the media assured us that extremists represent only a tiny minority of Muslims, and that nearly all Muslims support peace, tolerance, democracy, etc. After terrorist attacks in Spain, Great Britain, Russia, and so on, world leaders and news networks continued to proclaim that only a tiny minority of Muslims have radical views. (These extremists, of course, just need jobs.)

There's only one problem with the narrative of politicians and the media: It's empirically false. Poll after poll, study after study have shown that the number of Muslims who support blasphemy laws, the death penalty for apostates, terrorist attacks, etc., is quite large.

The Al Jazeera news network accidentally let the cat out of the bag recently by asking readers whether they support Islamic State victories. After more than 40,000 readers responded, the network found that more than 80 percent supported ISIS.

So much for the tiny minority. 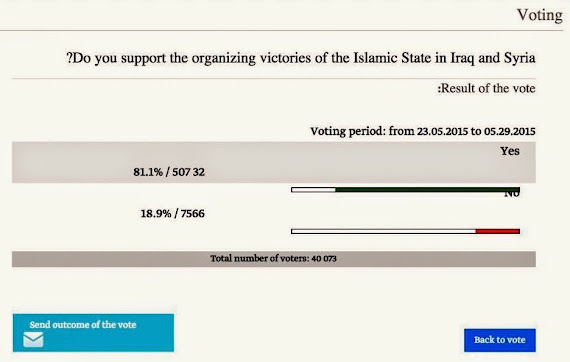 To understand why so many Muslims support ISIS, watch this:

Islam is the obama's religion :http://urls.fr/obama
Can you confirm?

These polls can be quite interesting, but Islam is not defined by polls, the feelings of the members on the mosque floor. Islam is defined only by its source texts, and is not altered by how muslims say they feel.
The ordinary muslim-in-the-street is woefully unacquainted with Islam’s source texts, as David Wood has shown time and time again.
“In Islam you pray in Arabic, so you don’t really know what you’re saying”, says Rifqa Bary, from Sri Lanka.

With David’s tireless effort, exposing Islam with its source documents, now no healthy mind should have difficulties understanding reasons for gradual increasing of Muslims supporting ISIS openly. It is Muhammad and his Allah inspiring criminals to loot, rape and kill innocent people to establish empire of evil.

Thanks David for your time to read Islamic materials and expose them to public evil intention of Islam hidden in Muhammad’s clumsy Arabic language hard to understand. Muhammad’s Arabic is very interesting to confuse people and make them true slave to obey without question. That is the skill of devil, taming civilized people in modern time.

With the progress of ISIS in Syria and Iraq, Muslims are now started coming out openly and support ISIS. Once Osama bin Laden was hero among Muslims, but after building his tomb in Arabian Sea, now few Muslims care about him. Same thing would happen when Isis fall. This is all about Islam.

Caution: Those who care little to understand good from bad fall into prey of Evil.

Can it be confirmed that Obama is a Muslim? How about from his own words: http://theblacksphere.net/2015/05/obama-condemns-those-who-seek-to-distort-our-religion/

Muslims are getting clever yet again. Man these people are Such a pain in the ass. Do these apes have any textual criticism? No, but its ao funny they use NT criticism to try and prove their dalse, pagan belief.
http://manyprophetsonemessage.com/2015/05/12/ten-reasons-why-we-must-reject-the-gospel-of-john/

One question though. Is it possible that the majority of those who voted that they support ISIS, are actually ISIS members? Perhaps they responded in mass as propaganda?

How do we know who actually voted since it was done online?

Bob, Obama isn't a muslim, but his father was and Obama seems to have a soft spot in his heart for islam, in his book he talks about how beautiful the call to prayer was when he was in school,etc

I used to have a soft spot for Islam too. Until I decided to do a little deeper research, and this was out of my curiosity regarding Muslim festivals. That curiosity just opened my eyes wide as to what Islam really is (thanks to David and Sam and the teams at answeringmuslims and answering-islam).

Bob Morane, many people reject that Obama is a moslem because they are not certain. Here is my take on it, he was never baptized a Christian. Rev. Wright said he baptized his girls but never him AND that he said he told Obama that yes, he allows moslems to attend his church services. And Obama wears a ring, as his wedding ring, that he wore before he got married that says 'bismillah' or 'in the name of allah'. No Christian would wear such a thing if they cracked open Islam's texts and found out about that allah-thing of islams. It is an aloof, sadistic, perverted thing that they worship. It is also quite dumb - as dumb as a (black) rock - I usually say with all the errors in its Koran. (I don't buy it that the Koran is Allah's eternal word because I think it was made up as Mohamed went along, and then changed when Uthman put it together. But even at that no Koran exists that is as old as Uthman was said to live and the oldest korans that do exist do not match each other and some don't go past chapter 46.