Since politicians and the media absolutely refuse to understand jihad, and since they have no plan for dealing with the root cause of jihad, it seems we're being forced to accept jihad as the new norm. 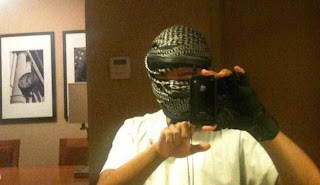 John Thomas Booker Jr., also known as Mohammed Abdullah Hassan, was named with in three counts that alleged he planned on Friday to use a “weapon of mass destruction” to damage property at the U.S. Army Base near Junction City in a suicide mission.

He was arrested without incident 9 a.m. Friday. Conviction on any count could mean a sentence of life in prison. The charges were announced by U.S. Attorney Barry Grissom of Kansas.

“We face a continued threat from individuals within our own borders who may be motivated by a variety of causes,” said Grissom said in a news release. “Anyone who seeks to harm this nation and its people will be brought to justice.”

More than a year ago, court records contend, Booker posted on Facebook that “I will soon be leaving you forever so goodbye! I’m going to wage jihad and hopes that i die.” A few days later, according to the charges, he said “getting ready to be killed in jihad is a HUGE adrenaline rush!!”

That, the charges contend, prompted a tip to FBI agents who interviewed him.

Booker had enlisted in the U.S. Army with the intent to “commit an insider attack against American soldiers,” the court records allege he told FBI agents. 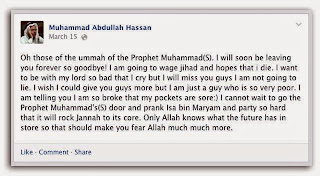 The court records say he talked of shooting other soldiers in basic training — although preferring “someone with power” rather than “privates” — or being deployed overseas and turning on Americans if he was told to kill a fellow Muslim.

But he apparently enlisted under a delayed entry program and never became a part of the Army.

Months later, in October 2014, the charges contend Booker came in contact with an FBI informant and said he wanted to be part of the Islamic State, sometimes referred to as the Islamic State of Iraq and the Levant.

Authorities on Friday contended that Booker had created at least two videos — one filmed in front of a collection of bomb materials — rented a 10-foot-by-20-foot storage locker in Topeka and went to several retailers buying bomb materials.

But they said there was never a breach in security at Fort Riley. And the assembled bomb material was inert, incapable of explosion.

“I want to assure the public there was never any breach of Fort Riley Military Base,” said FBI Special Agent in Charge Eric Jackson. “Recently the Command Staff at Fort Riley has been working hand-in-hand with law enforcement to ensure the utmost security and protection for the men and women who serve our country, and the surrounding community that supports the base.”

Still, the court records contend Booker planned a specific route through the base and targeted particular buildings to be struck with a car bomb. He had identified a utility gate to the base chosen because Booker believed his entry would not easily be detected and he could find an area where the car bomb “would kill as many soldiers as possible,” the charges contend.

While he was making the final connections to arm the car bombs at that gate, the charges allege, he was arrested by the FBI.

The court document describes a man eager to go overseas to fight with the Islamic State and a willingness take his fight to “the White House right now.”

Booker told an informant that a “suicide bomb is his number one aspiration because he couldn’t be captured, all evidence would be destroyed, and he would be guaranteed to hit his target.” (Continue Reading.)

“We face a continued threat from individuals within our own borders who may be motivated by a variety of causes,” said Grissom said in a news release. “Anyone who seeks to harm this nation and its people will be brought to justice.”

Umm there seems to be only one cause and that is ISLAM.

Did I just read from the screenshot of his fb account that he's planning to wage jihad in order to see his lord and meet Muhammad and prank Isa ibn Maryam? Is this how Islam says they respect Isa?

Even if they say PBUH they still disrespect Jesus. If that jihadist wants to die he can kill himself, I mean why not martyring himself? After all he's desperate to go to Jannah to see his pedo prophet. I don't see the reason why he needs to bomb others to go with him to the realms of Shaytan where his Nabi resides

What a childish brat. I wonder how many of these people who prank people would want to be pranked themselves. I am guessing none.

I am glad though that the USA lock them up for life instead of UK who let them go with a slap on the wrist and counselling.

See, this is one question that debaters like Shabir Ally, eloquent though he may be, CANNOT answer. Or any Muslim for that matter.

Oh yea, he may have words and theories as to why Islam is a religion of peace, but the ACTIONS of his fellow Muslims just keep telling us otherwise!

Why cant he be deported to islamuc state permanently with his whole family and passport priveleges tsken away for life because he is public enemy now.