Nigeria: At Least 48 Dead in Suicide Attack During High School Assembly in Yobe

It's easy for Western politicians and the media to lecture us on the peaceful and tolerant nature of Islam. They're not the ones being slaughtered in the name of Allah. 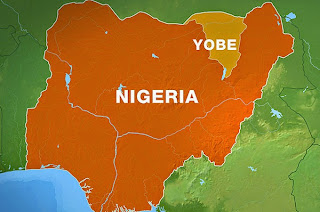 Survivors told the Associated Press that the explosives detonated Monday morning during the weekly assembly at the Government Technical Science College in Potiskum, capital of the Yobe state. They also said that the bomber was disguised in a school uniform and carried the explosives in a rucksack commonly used by students.

An estimated 2,000 students had gathered in the school's hall at the time of the blast.

Hospital workers say dozens are being treated and amputations are likely, while a morgue worker told the AP that at least 48 people had died.

Soldiers rushed to the grisly scene, but were chased away by people throwing stones, angry at the military's inability to halt a 5-year-old Islamic insurgency that has killed thousands and driven hundreds of thousands from their homes.

The region has been in the grip of fighting between government forces and Boko Haram, whose name, roughly translated, means "Western education is forbidden." A suicide bomber last week killed 30 people in the same city, Potiskum, the Yobe state capital.

The group made international headlines earlier this year when it kidnapped 276 girls from a school in the same region. Several of the girls later escaped, but the Nigerian government says 219 are still behind held by the group. (Continue Reading.)