Obama Administration: We Must "Celebrate Islam" to Combat ISIS

Islam is an amazing thing. The more violence, torture, and rape it inspires, the more our leaders tell us to praise it. 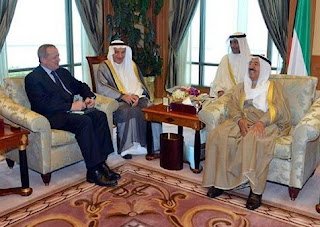 (CNSNews.com) – A global effort to counter claims by the Islamic State in Iraq and Syria (ISIS/ISIL) that it is acting in the name of Islam must include a counter-narrative that highlights “our profound respect” for the religion, the administration’s point man in the anti-ISIS coalition said this week.

Retired Marine Corps Gen. John Allen was speaking in Kuwait, where representatives of more than a dozen Islamic and Western met to discuss using public communications to combat ISIS (also known as Da’esh – an acronym for the Arabic rendering of the group’s name, ad-Dawlah al-Islamiyah fil-Iraq wa ash-Sham).

“As we seek to expose Da’esh’s true nature,” Allen told the gathering on Monday, “we must also tell a positive story, one that highlights our respect – our profound respect for Islam’s proud traditions, its rich history, and celebration of scholarship and family and community.”

“We must work with clerics and scholars and teachers and parents to tell the story of how we celebrate Islam, even as we show that Da’esh perverts it.” (Continue Reading.)

Truly, the inmates are running the asylum. Proud traditions of Islam? Unfortunately, there are none.

Mohammad was a child molester, and was also a violent warlord that promoted Jihad through the slaughter of his enemies.

The most basic tenets of Islam contain instructions on how to deal with non-Muslims (about 60% of the three sources of Islamic doctrine) and Jihad, cruelty, and death are inherent in those instructions.

Islam has shown itself to be Satanic in nature and doctrine, and officials such as this one that promote the fictional peaceful nature of Islam are either massively naive and ignorant, or are promoters of Jihad themselves through deception and outright lies.

There is no third option.

Something similar up north:

And let's have a look at the RCMP's high risk travelers:

Combating ISIS by celebrating what ISIS has been doing?? How is that supposed to work??
And you expect us to buy that??

Nothing to see here. President Roosevelt said something similar during WWII: We must celebrate Shintoism to Combat the Japanese Empire that attacked us in Pearl Harbor.*

... I used to have universal respect for Marines. Won't make that mistake again.

Wonder how much he got for his integrity and soul?

It's not just you.

Biden says he would pursue ISIS to the gates of hell.
Enough of the liar in chief's coddling of ISIS--
let's give Biden a shot at taking them on.