I'm no fan of Bill Maher, but I am a fan of his attempts to have an open, honest discussion of Islam. The Council on American-Islamic Relations threw its latest tantrum over UC Berkeley students selecting Maher as the speaker for the winter commencement ceremony. The students backed down and decided to cancel Maher's speech. The university, however, overruled the students in the name of free speech. Here's the official statement: 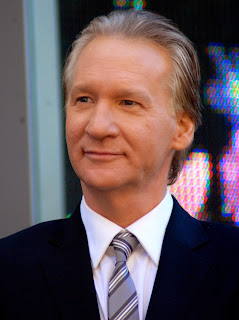 The UC Berkeley administration cannot and will not accept this decision, which appears to have been based solely on Mr. Maher’s opinions and beliefs, which he conveyed through constitutionally protected speech. For that reason Chancellor Dirks has decided that the invitation will stand, and he looks forward to welcoming Mr. Maher to the Berkeley campus. It should be noted that this decision does not constitute an endorsement of any of Mr. Maher’s prior statements: indeed, the administration’s position on Mr. Maher’s opinions and perspectives is irrelevant in this context, since we fully respect and support his right to express them. More broadly, this university has not in the past and will not in the future shy away from hosting speakers who some deem provocative.

Finally, the unfortunate events surrounding the selection of this year’s winter commencement speaker demonstrate the need to develop a new policy for managing commencement ceremonies. The new process will ensure that these events are handled in a manner commensurate with our values and enduring commitment to free speech. We will be announcing the new policy as soon as it is ready. (Source)

Very good article by William Kilpatrick and he rightly praised you Brother David.

May God bless you and your ministry more & more.

@Serving Lord: Can u plz post a link to the article. Thx.

The Black Revolt in Chicago, the Catholic Synod recection of the Pope and now this...all encouraging developments! Keep the faith, and above all keep fighting!

"More broadly, this university has not in the past and will not in the future shy away from hosting speakers who some deem provocative."

even the likes of anjeem chaudry, i suppose..?

"even the likes of anjeem chaudry, i suppose..?"

Now that would be an interesting commencement speech: