When it comes to beheadings, ISIS jihadists are the amateurs. 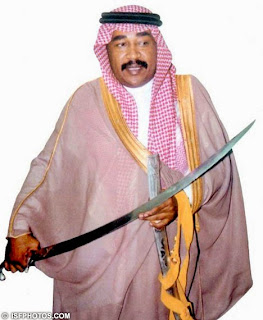 Newsweek—The escalation of the war against the Islamic State was triggered by widespread revulsion at the gruesome beheading of two American journalists, relayed on YouTube. Since then, two British aid workers have met a similar grisly fate. And another American has been named as next in line by his terrorist captors.

Yet, for all the outrage these executions have engendered the world over, decapitations are routine in Saudi Arabia, America’s closest Arab ally, for crimes including political dissent—and the international press hardly seems to notice. In fact, since January, 59 people have had their heads lopped off in the kingdom, where “punishment by the sword” has been practiced for centuries.

The Saudi legal system is based on Islam’s Sharia law. Some countries that use Sharia possess a penal code, but Saudi Arabia does not, although some activists have been calling for reform.

Your last morning on Earth would likely be spent in isolation. You would rise early and eat a last breakfast. If you are lucky, you might receive a sedative, like Valium, to calm your nerves.

Executions usually take place in the morning, before the oppressive heat of the desert kingdom takes hold, in a public square. Saudi Arabia, Iran, North Korea and Somalia are the only countries in the world that still execute people in public.

People will gather to watch you die. According to British author John R. Bradley, public beheadings are the “only form of public entertainment” in Saudi Arabia, aside from football matches.

If you are a prisoner in Riyadh, the capital, you might be taken to the ocher-colored Deera Square, which has acquired a macabre sobriquet: Chop Chop Square. Before you arrive, police and security forces will have prepared the area. It may have been cordoned off to keep curious spectators at a distance, but they will congregate nonetheless.

You will be led to the center of the square, on the bare earth. According to one of Saudi Arabia’s state executioners, Mohammed Saad al-Beshi, who was interviewed in the Saudi newspaper Arab News in June 2003, your energy is likely to fade at this point, from sheer exhaustion and fear. You will not fight for your life, nor protest against your restraints.

“When [death row prisoners] get to the execution square, their strength drains away,” said al-Beshi, who has beheaded up to seven prisoners a day and describes his calling as “God’s work.” He also said he does not see his work as particularly gruesome. (Continue Reading.)

Kamal Saleem, in
Malick, Faisal. 2012. _10 Amazing Muslims Touched by God_, 160pp.
http://www.amazon.com/10-Amazing-Muslims-Touched-God/dp/0768441161/
On 31:
In Saudi one of my favorite things was to watch the beheadings on Friday afternoons of the infidels-- those who wanted to leave Islam for another religion or those who were gay or lesbian.

IF the person had a fair trial and was found guilty, what objection do you have to this method of execution?

A relative of mine who lives in Saudi Arabia decided to go to chop chop square with some mates for a "laugh" they weren't laughing when they left, and it wash't just heads getting the "chop".

Given procedures of evidence and verification, and the prevalence of thoughtcrime in the ummah, there are no fair trials there. Islam forbids justice. All justice. Islam is the perfect murdering the good.

Hands (I assume for the crime of stealing) and legs (for what?) also get chopped, per the article.

Do you think Pedophiles should have their "willies" chopped off?