Western academics keep insisting that Muslim reformers will pave a path to peace in Islamic nations. But how is this going to happen when reformers are shot dead as soon as they call for reform? 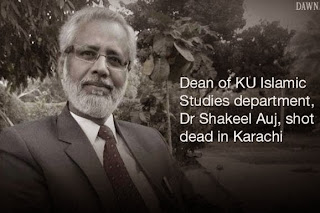 The Independent–A Pakistani academic known for promoting liberal views on Islam has been shot dead by gunmen – two years after being accused of committing blasphemy in a speech he made in the US.

Dr Muhammad Shakil Auj, Dean of the faculty of Islamic Studies at the University of Karachi, was attacked by two gunmen on a motorbike as he was making his way in his car to a function at the city’s Iranian cultural centre. A junior teaching colleague was also hit and suffered an injury to her arm.

“A bullet pierced through his head, proving fatal,” senior police officer Pir Mohammad Shah told the Associated Press. “We are investigating the killing. It would be premature to state the motive at the moment.”

The 54-year academic was known as someone who had spoken out on many issues in Islam and written several articles. One of the articles had suggested Muslim women should be allowed to marry non-Muslim men. He had also said Muslim women did not need to remove lipstick or make-up before going to prayer.

In 2012, Mr Auj, 54, had complained to police that four colleagues from the university had threatened him and sent him text messages accusing him of blasphemy. They had claimed a speech he had made that year in the US amounted to blasphemy.

One of the academics he complained about had previously held his position within the department. The four men face charges but are currently out on bail, according to reports. (Continue Reading.) 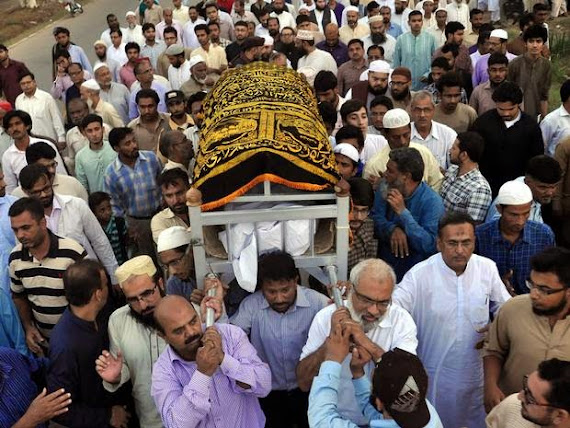 Where are so called peaceful Muslim majority around the world who believe Islam is religion of peace and Muhammad is prophet of peace, to protest this heinous crime defiling Islam? There are none who can challenge this killing was unlawful according to Quran. Because of this we found in the past that religious murder is common in Muslim World.

Conscience of civilized world, bow down to fear of evil spirited Quran. If Allah is creator of mankind he does not need human to maintain his superiority. Why do Muslims believe Judgment Day if judgment is done by man?

That will teach the rest to be quiet and scared.

I remember when they killed Clement Shahbaz Bhatti the only Christian in the Cabinet!

Islam already taught our politicians to lie about Islam!

ISIS is ISLAM
ISLAM is ISIS

Whatever ISIS saying and doing is exactly what Muhammad did ...

Pakistan is a total basket case.
My heart goes out the non muslims there.
Especially the Christians.

Areas of Britain, especially in the northern mill towns could have been transplanted from Karachi.