The Qur'an lays out a variety of penalties for the vague crime of "spreading corruption in the land":


Qur’an 5:33—The only reward of those who make war upon Allah and His messenger and strive after corruption in the land will be that they will be killed or crucified, or have their hands and feet on alternate sides cut off, or will be expelled out of the land. Such will be their degradation in the world, and in the Hereafter theirs will be an awful doom.

Clearly, spreading a non-Islamic religion qualifies as "spreading corruption," so it's no surprise that Iranian pastor Behnam Irani faces death for preaching Christianity.

Of course, politicians and the media, who constantly tell us that Islam is a religion of peace and tolerance, won't bother to tell the Iranian government that it's somehow misunderstanding Muhammad's teachings. 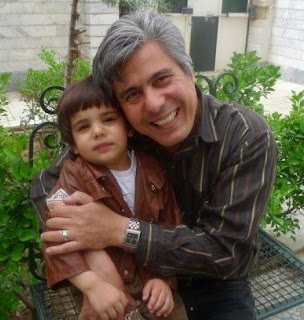 Supporters fear the worst for Pastor Behnam Irani, who was sentenced to six years in prison in 2011 for his Christian activities, including leading a 300-member evangelical congregation in Karaj, a city less than 15 miles outside the capital, Tehran. He is now being held in solitary confinement and suffering numerous health problems, including internal bleeding, according to advocacy group Christian Solidarity Worldwide.

CSW Chief Executive Mervyn Thomas old the website BosNewsLife.com that his group is "deeply concerned by the new charges against Pastor Irani" especially the charge of spreading corruption on Earth."

"The charges leveled against Pastor Irani and other Christians are tantamount to an indictment of Christianity itself and mark a renewed escalation in Iran's campaign against Persian Christians under the Rouhani presidency," Thomas said in a statement.

In recent months, Irani faced brutal interrogation sessions at the hands of the Iranian Ministry of Intelligence and Security, which threatened him with additional charges.

Iranian President Hasan Rouhani, who ran for office as a moderate a year ago, has since presided over a brutal crackdown on Iran's Christian community. Rouhani and the religious mullahs he answers to have been particularly concerned about the spread of Christianity and conversion into its Muslim population. (Continue Reading.)

Praying for this pastor that God will deliver Him from the godless regime in Iran. Believers, where is the outrage, I see no one commenting on this situation regarding this pastor.

If we do not raise our voices in protest he might be killed. Every comment in whatever forum helps to keep him alive. If the Iranian authorities see that no one cares they will go ahead and execute him.

Please register your protest and save the life of this brother in Christ caught in the hell hole called Iran.

One problem with reacting to such news releases, taomeano, is that his execution would be only one of tens of thousands of Islamic atrocities being committed this year alone. I've just seen, for example, a few photos of head collections in Syria-Iraq.

A numbness does settle into one's soul after awhile. People sometimes call it apathy, which is a bad thing, but it is also a survival mechanism preserving us from insanity.

I pray for the protection of Christians and for the conversion of Moslems to Christ. I also pray for five specific terrorists. I'll also say a prayer for this pastor.

That's awful! I can't believe that there are still such actions happening in the world. Such news makes you think about your life and worry about your health. Too bad that sometimes, there's nothing we can do. Taking care of ourselves using products like https://renasorganic.com/product-category/cbd-cream/ can be meaningless if we get into a situation like that, and it makes living actually scary.