This is reality in Rotherham, England. And if you don't approve, you're a racist, a bigot, and a hate-monger. 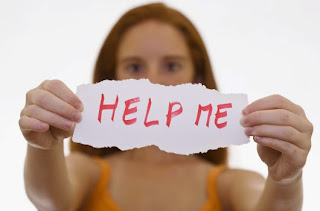 Daily Mail—The sexual abuse of about 1,400 children at the hands of Asian men went unreported for 16 years because staff feared they would be seen as racist, a report said today.

Children as young as 11 were trafficked, beaten, and raped by large numbers of men between 1997 and 2013 in Rotherham, South Yorkshire, the council commissioned review into child protection revealed.

And shockingly, more than a third of the cases were already know to agencies.

But according to the report's author: 'several staff described their nervousness about identifying the ethnic origins of perpetrators for fear of being thought racist'.

Professor Alexis Jay, who wrote the report, condemned the 'blatant' collective failures by the council's leadership, concluding: 'It is hard to describe the appalling nature of the abuse that child victims suffered.'

The landmark report which exposed widespread failures of the council, police and social services revealed:
The lack of reports was partly down to a fear of being racist, Prof Jay wrote, as the majority of the perpetrators were described as 'Asian men', and many were said to be of Pakistani origin.

One young person told the inquiry that 'gang rape' was a usual part of growing up in the area of Rotherham where she lived.

In two cases, fathers had tracked down their daughters and tried to remove them from houses where they were being abused - only to be arrested themselves when police were called to the scene. (Continue Reading.)

For more on the Islamic rape wave in Great Britain, watch this:

Those involved in the cover up I'm sure will be promoted.

Well, it is time for girls to carry Red Pepper Spray and Electroshock weapon to protect themselves. As a matter of fact all Christians should do. Governments do not protect civilians anymore.
Media and newspaper lie to the population. Local newspaper says about beheading in Iraq: Islamic extremists “claim” beheading people by sending videos. What do you mean claim if you see the actual event is happening. I CANNOT BELIEVE THIS.

David, I know you are busy as I am. Also, I know that you are doing the best you can to enlighten people. I am not sure how I can get in touch with you; you may think that I am Muslim (God forbid), and I am trying to know your information. I am Christian; Christ is my savior. Since I am not able to communicate with you. I will explain what I want to say in this post. I see you hosting a TV show. I do not know how this will happen, BUT I AM PRAYING FOR IT.

Please check this TV channel. http://alfadytv.tv. It is in Arabic. You may know someone to translate to you or you can read it yourself if you know Arabic. The main host of this TV is Fr. Zakaria Botros. He dedicated himself to enlighten people about Islam. Christ has been using this man tremendously. He started on Paltalk and youtube. Millions of people knew Christ though this channel. Try to contact this channel. You have the same goal as him. I believe God sent this man to the Arab, and He send you to the Americans and the British. You may be able to present your videos on his channel. Now the challenge is how Americans watch this channel. They use different frequency and viewers much as certain dish to watch. However the good news is that Middle Eastern can direct their friends and acquaintances to watch it. The GOOD POINT about it is THE INTERACTION. Viewers can call while you are on air and ask questions and the host can answer them directly or direct the viewers to resources.

I am willing to support you. I love Christ. I have seen many innocent people got hurt. The west is living a nightmare. Those who are away from trouble do not want to hear; however, the world is changing around them.

If you can tell me that you can read Arabic or have a good friend who can translate to you Arabic videos. I am willing to post links that has horrible things no can imagine. Take this example, a debate was held between two shikh (Emam) a man in Islam can sleep with his mom. Such thing can add to your resources.

those moronic police and social workers that enjoyed the show of abuse, Now you can't be called Racists, and Bigots, for not interfering to stop that child rape going on again and again, your not bigots and racists, your accessories. Leave those parents alone. In fact arm them and look the other way and when their done doing the work your police should have done, borrow the gun back and end your own shame in this disgusting display of P.C. at the expense of tortured children.

It's too bad the Brits gave up their guns to the govt. I'd go locked and loaded, take my daughter and all the victims, and leave several bodies behind.

This issue is a complex one. It boils down to this: while the majority of Muslims do not sexually abuse teenage girls, it seems that the sexual abuse rate is far higher for Muslim males than for men from most other groups.

In today's political climate, no social scientist who wants to advance his or her career can do serious research on the relative rates of sexual harassment and rape in different cultures. However, anecdotal evidence does suggest its greater frequency among Muslims.

Unfortunately, I have had first-hand experience with this subject. In my twenties, I spent six months backpacking around Europe. During that period, I was approached sexually by ONE European male who backed off when I told him I wasn't interested. In contrast, I was repeatedly sexually harassed by Muslims. In Paris, two men, in separate incidents, actually grabbed me and dragged me down the street as I tried to pull away. This is, when you think about it, attempted rape. These incidents were only the most dramatic. There were countless others involving less physical but equally obnoxious approaches. In Morocco, the harassment was endless. In Jerusalem a boy of about 14 or 15 ran up behind me and forcefully grabbed both my breasts and vulva. In the U.S.A., the last person who circled around me in a car while I walked to the store--in a safe, upper-middle-class neighborhood, was Muslim, judging by his accent and appearance. When I shook my first at him as a warning, he had the audacity to ask, "Is that a yes?"

I live in a neighborhood with many immigrants from Latin America and the Caribbean. They are far less likely to treat me this way than many Muslims. Therefore, this behavior can not be excused as being due to poverty or the effects of immigration.

There is a real problem in this culture and it needs to be addressed.

If I was one of the parents, the police would be coming to where it happens and wondering why there are so many brass casings among the dead bodies.

Time for a reckoning and compassion be damned

I will kill gladly to protect my daughter and will glading going to prison for that.

Everyone in Briton is complicit. You Brits lost your balls years ago. Only Tommy still has courage and nerve.

Why we tolerate this barbaric behaviour is beyond me, we were warned years ago by the great mr Robinson.Action needs to be taken NOW.

As an English woman I'm informing you that the Labour Gov't hushed it all up.
How can we fight for our girls if the law says differently?
But I would break the law if it was needed against that ideology.

Whether one like's it or not, the only way to stop the ISLAMIFICATION of the Western World, and the only way to protect our young and our way of life is to ERADICATE ISLAM from the world.

WE BRITISH need to visit these scum and give them and their family an education as to where they are, NOT their country and how things are done in this country, their culture only exists in where they come from, NOT here, same with the cops, they need educating as well, in house is best.