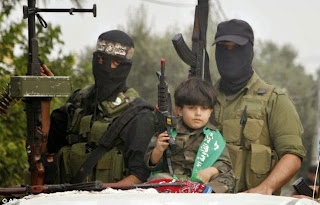 IDF Blog—IDF forces in the Gaza Strip found a Hamas manual on “Urban Warfare,” which belonged to the Shuja’iya Brigade of Hamas’ military wing, the Al-Qassam Brigades. The manual explains how the civilian population can be used against IDF forces and reveals that Hamas knows the IDF is committed to minimizing harm to civilians.

Throughout Operation Protective Edge, Hamas has continuously used the civilian population of Gaza as human shields. The discovery of a Hamas “urban warfare” manual by IDF forces reveals that Hamas’ callous use of the Gazan population was intentional and preplanned.

This Hamas urban warfare manual exposes two truths: (1) The terror group knows full well that the IDF will do what it can to limit civilian casualties. (2) The terror group exploits these efforts by using civilians as human shields against advancing IDF forces. 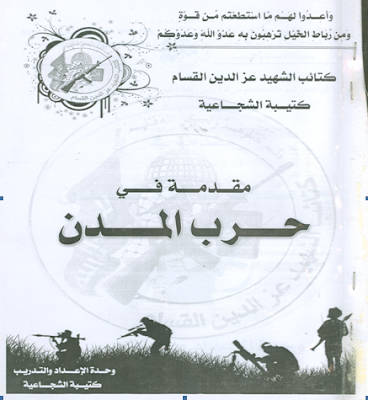 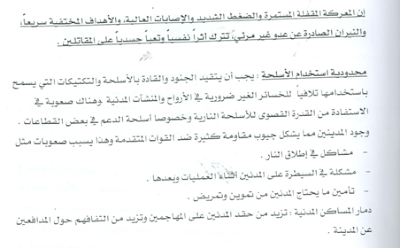 In a portion entitled “Limiting the Use of Weapons,” the manual explains that:


The soldiers and commanders (of the IDF) must limit their use of weapons and tactics that lead to the harm and unnecessary loss of people and [destruction of] civilian facilities. It is difficult for them to get the most use out of their firearms, especially of supporting fire [e.g. artillery].

Clearly Hamas knows the IDF will limit its use of weapons in order to avoid harming civilians, including refraining from using larger firepower to support for infantry.

The manual goes on to explain that the “presence of civilians are pockets of resistance” that cause three major problems for advancing troops:

Lastly, the manual discusses the benefits for Hamas when civilian homes are destroyed:


The destruction of civilian homes: This increases the hatred of the citizens towards the attackers [the IDF] and increases their gathering [support] around the city defenders (resistance forces[i.e. Hamas]).

It is clear that Hamas actually desires the destruction of homes and civilian infrastructure, knowing it will increase hatred for the IDF and support their fighters. (Continue Reading.)

The terrorist organizations seem to have a knack of taking advantage of or incorporating "Rules of Engagement" to
enable them to win the game.
Why haven't they won the game?
God is with Israel and all other believers.

Here is one proof for this article.