Islam allows Muslims to capture, rape, and sell women and girls (click here for sources). Politicians and the media defend Islam, but are shocked when Muslims actually do what the Qur'an says they can do. 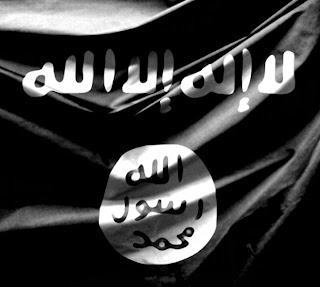 The Guardian—For the past week, Khandhar Kaliph's hands have trembled whenever his phone has rung.

He nervously greeted his daughter, who had been kidnapped when the Islamic State (Isis) overran the Yazidi city of Sinjar. There was a minute of silence, before he broke down sobbing.

"She said she is going to be sold as a slave this afternoon, for $10," Kaliph said, his tears dropping into the brown dust. "What can a father say to that. How can I help? We all feel so useless."

Kaliph's daughter, who he did not want to name, had access to a group phone passed around between other girls imprisoned by the Islamic State in Bardoush prison in central Mosul.

All face the imminent prospect of being married off. Or worse, being used by the jihadis as a sex slave.

"The world needs to know that is where our women are, where they are being enslaved, young and old alike," he said, sitting in the dirt outside a building site near the Iraqi Kurdish city of Dohuk that he and some 70 other Yazidis are now using as shelter.

Dohuk and the strip of land to the Fishkhabour crossing into Syria are now teeming with Yazidis, who have escaped in the past 48 hours from Mount Sinjar in northern Iraq, where they had been besieged by Isis. Nearly all the Yazidis the Guardian met offered stories of women and girls being kidnapped, or of men being killed in the brutal rampage that has shattered centuries of coexistence in Iraq's north-west.

"We didn't know what hit us," said a man who joined the conversation. "We were asleep one minute, and running for our lives the next."

Some Yazidi men say they had phoned their daughter or wife's phone number only to be told tersely by strange male voices not to call again. (Continue Reading.)

Hello Dr. David!
Is this islamic policy or it is just a coincidence. Boko haram in Nigeria does the same as ISIS.
Come on muslims do not be ashamed tell u reveal yourselves to us please do not run from what you have been defending for ages. The cat is out of the back.
pr. Osama BUFFOON Abdullah where are you? Brother Sam Shamoun and Dr. David have been coming up with this during debates you and your coreligionist rejected it and claimed that they do not speak Arabic. Now tell us what do you have to say BUFFOON.
Please Dr. David and Brother Sam if you can please boys call for a debate with muslims about all these event and let see what argument will they bring forward this time.
Thank you guys for the good job
and MAY YAHWEH BLESS you as always in JESUS' NAME AMEN

The Quran is an expression of Muhammad's burning hatred for those who refused to succumb to his fraud. The more Muslims love Muhammad the more they lose their humanity and unleash this hatred onto those who reject their false prophet.

Mankind must expose Muhammad’s fraud once and for all or continue to pay the price.

David in your debates with moslems especially with people like Sami Zaatari and Nadir Ahmed and others, what you said moslems did when they captured a place is now being borne out by ISIS. Sami Zaatari rejected your assertions just like Nadir Ahmed but ISIS has proven you right.

I wonder what those moslem apologists are saying now. Islam indeed is from satan and only brainwashed individuals give themselves over to such a barbaric doctrine called Islam.

May God bless you in all that you do to shed light on the evils of Islamic teachings.

Hi, David. I just saw this video and wanted to know if it is true or false that Roman Catholic invented Islam. Thanks !
The Islamic Connection to the Roman Catholic Church (part 1)
http://www.youtube.com/watch?v=vOiiqSgoNxU