Notice the mentality in Iran. A Christian pastor deserves the same treatment as Sunni jihadists who kill Shias. 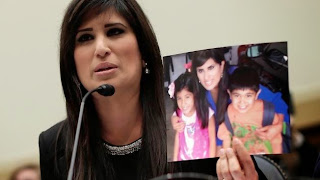 (Reuters) - The Idaho wife of an Iranian-American Christian pastor imprisoned in Iran for nearly two years said on Thursday her husband has received death threats from Islamic State militants held in the same detention center.

Saeed Abedini, 34, a naturalized U.S. citizen, was sentenced to eight years in prison by an Iranian court last year for undermining national security by setting up home-based Christian churches in his native country from 2000 to 2005.

His wife, Naghmeh Abedini, of Boise, Idaho, said threats to his life from lack of healthcare and nutritious food were compounded this week when cell mates told him Sunni Muslim prisoners who have aligned themselves with the Islamic State, formerly known as ISIS, have targeted him for death. It was not clear if the detained militants were Iraqis or Iranians.

Abedini relayed the information to his mother, who visited him this week at Rajai Shahr prison, west of the Iranian capital of Tehran, the pastor's wife told Reuters.

"He's already under threat because he is a convert to Christianity. Now we understand that ISIS members in the prison have said he is their number one target," she said.

The insurgent group the Islamic State of Iraq and the Levant, also known as ISIL or ISIS, is an al Qaeda offshoot that shortened its name recently to Islamic State.

Fighting against the governments of Iraq and Syria, it wants to recreate a medieval-style caliphate from the Mediterranean to the Gulf and deems Shi'ite Muslims to be heretics deserving death.

The pastor is in the same ward but a separate section from the Islamic State adherents, his wife said, adding that he is afraid to leave his cell and join the general prison population in the yard for exercise. (Continue Reading.)