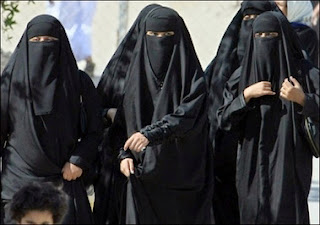 Jeddah—It seems in male-dominated Muslim countries, women may not be entitled to mirth.

First, a top Turkish official last month reproached women for laughing in public, deeming such expressions immodest and a sign of the country’s moral erosion.

Now a Saudi social research centre reports that 80 per cent of people questioned in a national survey blame the scourge of sexual harassment plaguing the country on the “deliberate flirtatious behaviour” of women.

Feminist advocates in both countries dismissed the judgments as age-old reactions to changing social behaviour and a tendency in conservative cultures to accuse the victim of provoking her mistreatment.

In Turkey, Deputy Prime Minister Bulent Arinc spurred scorn and mockery when he described the ideal woman as one who “will not laugh in front of everyone and she will not display her attractiveness.”

Hundreds of Turkish women flocked to the internet to post pictures and videos of themselves grinning and guffawing in defiance of Arinc’s admonitions in a speech marking the end of Ramadan.

The sexual harassment survey in Saudi Arabia by the King Abdul Aziz Centre for National Dialogue in Riyadh stirred a more muted reaction in the kingdom, where women remain more socially marginalised than in purportedly secular Turkey.

“This report reflects an ongoing cycle within our community that blames any negative connotation within our society on the weakness of one’s religious beliefs, and on women,” activist Yara Wazir told Al Arabiya news agency.

“Our society is not built on mutual respect or accepting differences,” she said, “even when it comes to something as God-given as gender.”

Yara attributed the tendency to accuse women of inviting harassment to a lack of exposure to the opposite sex, which “encourages overanalsing of simple actions such as a smile, suggesting that is flirtation,” she told the news agency. (Continue Reading.)

For a brief introduction to women in Islam, watch this: