Ramadan is portrayed as a time of fasting, but it's actually a time of feasting. Many Muslims simply gorge themselves twice per day and rest in between. A better word for this type of fasting is "gluttony." 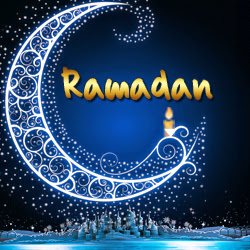 Arab News—The problem of food wastage in Ramadan has again surfaced with Makkah municipality having to gather 5,000 tons in the first three days of Ramadan.

According to one report, Saudis spend SR20 billion on Ramadan shopping, compared to SR6 billion they spend in other months.

Osama Al-Zaituny of the municipality told Arab News on Thursday that this was in addition to the collection of 28,000 sheep carcasses in two days.

He said the municipality has installed 45 waste compressors in central Makkah close to the Grand Mosque, and deployed 8,000 cleaners for the month.

At the beginning of Ramadan, the Ministry of Commerce and Industry expressed concern that 45 percent of the waste in Ramadan consists of food. It also revealed that 80 percent of the food prepared is unhealthy.

An estimated 4,500 tons of food is wasted every day in Saudi Arabia, according to a study conducted by King Saud University. The study showed that 30 percent of the 4 million dishes prepared daily during Ramadan go waste, which amounts to SR1.2 million, and social scientists said it was an “unacceptable behavior.”

The Kingdom is the world’s top food importer, and also rated as one of the worst wasters.

The collection of food waste in Ramadan is an uphill task, more so than at any other time of the year, an Indian supervisor of a leading cleaning company contracted to the municipality told Arab News on Thursday, requesting anonymity. (Continue Reading.)

Email ThisBlogThis!Share to TwitterShare to FacebookShare to Pinterest
Labels: Ramadan

HAH! This article probably should not be taken as "proof" but it does appear to be worthwhile "evidence" that dear King Saud has been too shy.

"Why, YES!", I reply. 'Good' King Saud has been too shy about importing Muslim refugees (the Rohingya and the Uighur and the Turks and the Crimean Tartars and those poor, outcast Sunnis of ISIS - for example), probably because he didn't want to appear vain and didn't want to hog all the glory for humanitarian efforts.

So now, we can go ahead and "encourage" the House of Saud to step right up and do themselves PROUD by having Muslims from ALL OVER THE WORLD to come on over and have lunch. And dinner! And Breakfast! All next week! And all next Year! Because in Saudi Arabia there's food and room aplenty in the vast 7th Century from NOW ON!! Who knew?

No longer do Muslims have to be misfit in a world into which they just cannot (or will not) integrate! ALL OF ISLAM can now make itself at home - in the home of Islam!

The House of Saud and Islam have given the world SO MUCH! And now it's time for Saudi Arabia to reap the 'blessing' of being allowed to provide for MILLIONS upon MILLIONS of "anxious" Muslims. What a reward.;-) And I just KNOW the dear King will remember: " 'tis better to give than to receive".

I just know he's gonna go down in history for this.

Not only does food consumption and waste spike during Ramadan, but also does violence.

i thing the statistics stops upto saudiarab..you cant quote the statistics of USA how much garbage produced by USA alone in one year..its worlds 2 largest..how much food is wasted..1st largest..only giving statistics will not do..plz open the underwears of other countries also..billions of dollers are wasted througout the world for making chrismas tree's ,deforestations cutting trees..what abt that..you faggots,

I think that the kitchen should always be the reflection of the dishes that I want to say that pages like designs and other things should take into account how is the design of this type of thing, I really like the Kitchen Design Philadelphia, the truth is one of the best for the type of food you mention I hope you can review it and see if you like the recommendation.