Meriam Yehya Ibrahim was sentenced to death in Sudan for apostasy from Islam. Following a global outcry against the court's ruling, Sudanese officials found a way to overturn the sentence, and Ibrahim was released.

This case helps draw attention to the sinister nature of groups like CAIR and ISNA, along with Muslim apologists like Yahya Snow. When we point to human rights abuses in Muslim countries, we are condemned as racists and bigots. Yet the outcry against these abuses is the only thing that convinces leaders in Muslim countries to do something about them. So when certain Western Muslims try to silence critics of human rights abuses, we can only conclude that they want the abuses to continue. 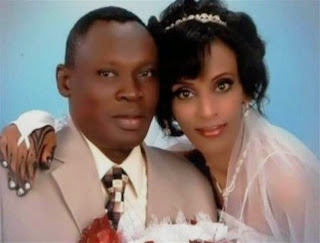 (CNN)—A Sudanese woman has been freed from prison a month after being sentenced to die by hanging for refusing to renounce her Christian faith.

"I am a Christian," Meriam Yehya Ibrahim told the judge at her sentencing hearing in May, "and I will remain a Christian."

An appeals court in Sudan ruled that a lower court's judgment against the 27-year-old was faulty, her lawyer, Mohaned Mustafa El-Nour, said Monday. He declined to elaborate.

An international controversy erupted over Ibraham's conviction in May by a Sudanese court on charges of apostasy, or the renunciation of faith, and adultery. Ibrahim was eight months pregnant when was sentenced to suffer 100 lashes and then be hanged.

"I'm so frustrated. I don't know what to do," her husband, Daniel Wani told CNN in May. "I'm just praying." Wani, uses a wheelchair and "totally depends on her for all details of his life," Ibrahim's lawyer said.

Ibrahim was reunited with her husband after getting out of custody, her lawyer said Monday.

Ibrahim gave birth to a girl in a prison last month, two weeks after she was sentenced. She was in the women's prison with her 20-month-old son, but Sudanese officials said the toddler was free to leave at any time, according to her lawyer.

The criminal complaint filed by a brother, a Muslim, said her family was shocked to find out Ibrahim had married a Christian, U.S. citizen Daniel Wani, after she was missing for several years, according to her lawyer. A Muslim woman's marriage to a Christian man is not considered legal in Sudan, thus the adultery charge.

The apostasy charge came because Ibrahim proclaimed herself to be Christian, not Muslim. Her mother, an Ethiopian Orthodox, was abandoned by her Sudanese Muslim father when Ibrahim was just 6 and she was raised as a Christian, she said.

Sudanese Parliament speaker Fatih Izz Al-Deen defended the conviction last month, insisting that claims that Ibrahim was raised as non-Muslim are untrue. She was raised in an Islamic environment, Al-Deen said.

The lower court had warned Ibrahim to renounce her Christianity by May 15, but she held firm to her beliefs while her lawyer appealed the conviction and sentence.

Her sentence had drawn international condemnation from rights groups and foreign embassies in Khartoum, including those of the United States, United Kingdom and Canada. (Source)

Praise the Lord. We must all keep Meriam and her family in our prayers
Islam is not a religion, it is a cult. Total mind control!

Praise the Lord! The sudanese government have done the world a favour, they have openly condemned their prophet.

Hopefully she can get out before they issue a fatwa.