Meriam Ibrahim was found guilty of apostasy and sentenced to death. Following an international outcry, a higher court overturned the decision. After being released, she was rearrested, along with her husband. 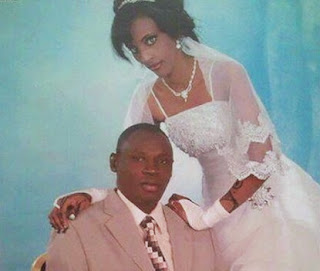 (CNN) — A Sudanese woman whose death sentence for refusing to renounce her Christian faith was revoked has been rearrested, her legal team told CNN Tuesday.

Meriam Ibrahim, 27, and her husband, Daniel Wani, were arrested Tuesday at an airport in Sudan's capital as they were trying to leave the African country, Ibrahim's legal team said.

Details about why the couple were arrested weren't immediately available.

Ibrahim, 27, was convicted in May by a Sudanese court on charges of apostasy, or the renunciation of faith, and adultery -- charges that led to international controversy. Ibrahim was eight months pregnant when she was sentenced to suffer 100 lashes and then be hanged.

But an appeals court in Sudan this month ruled that a lower court's judgment against her was faulty, and she was released, according to her lawyer. (Source)

Yet America still knows nothing about the realities of true islam and its lies.

so true! And it will get worse my friend! God bless anyone who discovers the truth and opens our eyes!

Religion of peace? In what universe??? Murdering and threatening people is all they know to do those evil extremists. The true God הוה' (YHWH) is righteous, a loving heavenly Father and HOLY; and those things (islam, idolatry, murders, sodomy..) are an abomination to His eyes.Isaiah 6. Jesus Christ is Lord!

Can't say i'm surprised by this sad turn of events. According to the sudanese law since her father was a muslim she was officially a muslim since birth, and since she now professes the christian faith she's an apostate. Now, if the sudanese government simply let her go scot free they'd be letting foreign, they'd have non-muslim nations interfering and going against what's in the quran and in the hadith, and i bet islamic "hardliners" (PC euphemism for "orthodox") would try to take advantage of it.

If she is freed then "radicals" can protest against the government for not following islamic law and giving in to western pressure. If she isn't freed the sudanese government has to face international pressure.

Now, if Obama didn't succeed in ridiculing the US on the international stage (everyone remember the red line in Syria?) then maybe, just maybe, she, being married to a US citizen, could be given US citizenship and the US could say "you arrested one of our citizens unfairly. Let her go - or else...". But as things are now, i don't see anyone taking that "or else" seriously.

Devout moHAMhead worshipers will not let her live. It's just not in their religion, culture or mental capacity.

She should have left Sudan yesterday.

I spoke too soon yesterday :(, She shoulda left asap. Pray she will be left off again with more international pressure. Just shows how two faced this ideology is.

“When a person who has reached puberty and is sane voluntarily apostatizes from Islam he deserves to be killed”
Manual of Islamic Law, o8.0, o8.1.
Clearly a child who has not known Islam does not fit this category.

The Manual is a free download: search “Reliance of the Traveller”.