A court in Sudan has sentenced a Christian woman to death for apostasy. Meriam Yehya Ibrahim Ishag says that she has always been a Christian (Christianity is the religion of her mother). But since her father was a Muslim (who most likely got her to recite the Shahada when she was a child), she is considered a Muslim. Amnesty International has called the sentence "appalling and abhorrent" and a "flagrant breach of international human rights law." The problem is that the Sudanese court is more concerned with enforcing Sharia than with international human rights law.

Muhammad ordered his followers to kill anyone who leaves Islam:

Al-Muwatta of Imam Malik 36.18.15—Yahya related to me from Malik from Zayd ibn Aslam that the Messenger of Allah said, “If someone changes his religion—then strike off his head!”

According to Muhammad's companions, this penalty applies to women also:


Sahih al-Bukhari 6921—Ibn Umar, Az-Zuhri and Ibrahim said, “A female apostate (who reverts from Islam), should be killed.”

Hence, Sudan is doing exactly what Muhammad commanded. Politicians and the media will condemn the sentence, but they won't dare condemn the prophet who ordered the sentence. Meanwhile, people like me who condemn the source of Islamic law are labeled "racists" and "Islamophobes." Apparently, I'm intolerant for condemning intolerance. 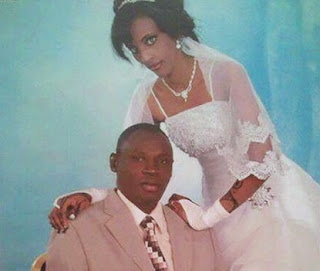 BBC News—A Sudanese court has sentenced a woman to hang for apostasy - the abandonment of her religious faith - after she married a Christian man.

Amnesty International condemned the sentence, handed down by a judge in Khartoum, as "appalling and abhorrent".

Local media report the sentence on the woman, who is pregnant, would not be carried out for two years after she had given birth.

Sudan has a majority Muslim population, which is governed by Islamic law.

"We gave you three days to recant but you insist on not returning to Islam. I sentence you to be hanged to death," the judge told the woman, AFP reports.

Western embassies and rights groups had urged Sudan to respect the right of the pregnant woman to choose her religion.

The judge also sentenced the woman to 100 lashes after convicting her of adultery - because her marriage to a Christian man was not valid under Islamic law.

This will reportedly be carried out when she has recovered from giving birth.

Earlier in the hearing, an Islamic cleric spoke with her in a caged dock for about 30 minutes, AFP reports.

Then she calmly told the judge: "I am a Christian and I never committed apostasy." (Continue Reading.)

HELLOooo Your excellency Mrs.Obama where are youuu???


Helloooo The "Honorable" Mrs.Hillary Clinton ,the so called fighter for human right (especially WOMEN) WHERE ARE YOUUU??

Helloooo Feminist who always CRY OUT for women right & WOMEN' CHOICE!! U Feminists are very fond of championing WOMAN CHOICE TO KILL BABIES , how about fighting for A BLACK WOMAN WHO CHOOSES TO BELIEVE SOME IDEOLOGY AND THREATENED TO BE KILLED FOR IT???

The hypocrisy of the Left and its leaders such as Michelle Obama and Hillary Clinton is so sickening.

Is it weird? If u're muslims, a failed to obey certain islamic rules might be punished with death. But then, if u feel u're not suitable to live under that rule, & decided to leave, u also might punished to death..!

If a muslim didn't practice 5 times prayer, fasting etc., they'll say he's not a good muslim. So why need to kill a 'not good' muslim if he wants to leave? After all, he seems doesn't give any good to Islam if he didn't live like the way it thaught, right..?

I pray that my sister in Christ will receive courage from the Lord Jesus to stand for the truth and for our Savior, even to death. But I also pray that she will be rescued and that her nation will be set free from the Satanic lie that is Islam and that has enslaved and deceived so many people for millennia.

I hear muslims say your religion is your religion and my religion is my religion....Also there is no compulsion in islam. What they do not tell you is that in the same quran it says also that if anyone leaves the faith(islam), KILL HIM!{emphasis mine}
Islam is a demonic religion that requires no application of the mind.

Where is Sami Zaatari,Shabir Ally, and the rest of the western muslim apologists who always have denied that the quran teaches these babaric, and archaic doctrines ?

Will Shabir Ally or Sami Zaatari and for that matter any western apologist have the gall to tell the Sudanese government that they are misinterpreting Islamic doctrine when it comes to apostasy? What about Yahya Snow, what does he say about this barbaric sentence given to this Sudanese women ?

Muslim apologists always defend the indefensible and it is indeed pathetic to see such intelligent people like Shabir Ally and Sami Zaatari and others like them so deceived in following Islam.

This Sudanese woman and her 20 month old son are both in jail all because she is being accused of having left Islam. How insane and barbaric is that! Muslim apologists always tell us that we are misinterpreting Islam and yet what is being practiced in Islamic countries always prove our point, that Islam is incompatible with western civilization.

Once again let me state that we are not against moslems, we are against that satanic cult and doctrine called Islam.

I wonder if this is being used like the blasphemy laws in Pakistan.

Seems kind of strange that this woman is singled out. I'm wondering if she or the husband had something that Muslims wanted i.e. a business a piece of property etc...

This is an appalling act and I am grateful to David for posting the source-justifications for the act. David, should we be worried about the 276 girls held captive in Nigeria by Boko Haram, as they have "converted" to Islam? Any way back do you think, or will it be a choice between captivity and Islam or Christianity and death?

freedom is the right to choose said...

It is very apparent that the Islam fanatics, are barbarians, and the GOD they profess to worship and follow,I am sure will judge them as harshly as they they are judging the pregnant woman. They are killing 2 innocent people, one of which is un-born. Their lack of compassion and understanding of what an all powerful GOD would want done is an eye opener. It makes me wonder who in their right mind would want to be part of such a cult. Thank GOD we have freedom to choose what we believe, and the right to change our mind.

I do not understand the problem behind this. What is wrong with killing apostates? An apostate was usually killed in medieval times.