Christianity Today: Why Muslims Are Becoming the Best Evangelists

Encouraging news from the Muslim world. 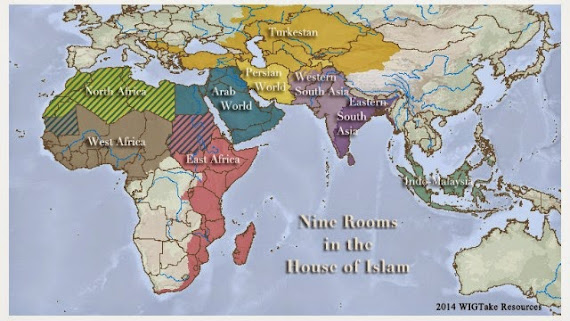 Muslim background believers are leading Muslims to Christ in staggering numbers, but not in the West. They are doing this primarily in Muslim-majority nations almost completely under the radar—of everyone. In the new book, A Wind in the House of Islam: How God is Drawing Muslims Around the World to Faith in Jesus Christ, Garrison takes the reader on his journey through what he describes as the nine rooms in the Muslim-majority world: Indo-Malaysia, East Africa, North Africa, Eastern South Asia, Western South Asia, Persia, Turkestan, West Africa, and the Arab world. Muslims in each of those regions have created indigenous, voluntary movements to Christ.

"What did God use to bring you to faith in Jesus Christ? Tell me your story." This was the core question Garrison asked as he traveled and conducted more than 1,000 face-to-face interviews. In his background research, he documented 82 historic Muslim movements to Christ, consisting of either at least 1,000 baptisms or 100 new church starts over a two-decade period. The first sizable movement of Muslims toward Christianity did not occur until the mid-19th century, nearly 1,300 years after Mohammad established Islam. Garrison said 69 of these movements today are still in process:


• In Algeria, after 100,000 died in Muslim-on-Muslim violence, 10,000 Muslims turned their backs on Islam and were baptized as followers of Christ. This movement has tripled since the late 1990s.

• At the time of the 1979 revolution in Iran, about 500 individual Muslims were following Christ. Garrison projects that today there may be several hundred thousand Christ-followers, mostly worshipping in Iranian house churches.

• In an unnamed Arab nation, an Islamic book publisher Nasr came to Christ through satellite broadcast evangelist Father Zakaria. Sensing a call to evangelize, Nasr started a local ministry that in less than one year baptized 2,800 individuals. (Continue Reading.)

Hallelujah! His spirit roams the earth. He seeks his lost sheep. Our LORD is an amazing father. Through his blood many will be saved. Ameen

i dont thing you christian believe what you wrote

Here is my story. It has never occurred to me to pick fights with Islam or Muslims. Okay, so there are extremists in Islam. But there are extremists everywhere. One question I did not ask myself was, how come Muslim extremists blow people up and fanatics of other religions don't? So yes, I didn't ask that question, wasn't even on my mind. I have many Muslim friends and I get along (still) with many of them. I have always wondered what was the difference between Eid Adha and Eid Fitri, the two main Muslim festivals. So, innocuously, some time last year I Googled it and it led me to the website Answering Islam. If you go there now, you'd see on the front page itself the heading "Eid al-Adha and the Origins of Sacrifice." So one thing led to another, and here I am. So yes, while Islam didn't lead to Christ, it made me feel even closer to him.

@ Syed Sye
So do we have to believe when muslims say that more non muslims accepted islam since 9/11. If that was the case, flying more planes into buildings would accelerate the dawah process, wouldn't it?

& I don't think u muslims believe what u've read...

The hand of Jesus Christ is greater than the sword of Mohammed.
All who wish to be saved, all who favor life over death, shall come to Christ.
He knows his followers and calls them.
God bless every Christian who began his life in the Ummah and saw Christ.
Only those on the road to doom fail to heed Our Lord.

@ Syed Sye
There is only 1 thing that your perverted twisted book got right,
"That, Jesus The Saviour is ALIVE".
Now compare that to your dead muhammad!
islam is a dead man's idealogy!
When a muslim person's eyes are opened, they will Rejoice & choose Life!
ALL throughout the muslim world there is death and destruction!

Long-time back mankind was not able to understand certain data present in the holy Qur’an due to insufficient scientific knowledge. But today due to enhancement in proficiency all verses of Holy Quran And Science citings are being drafted in almost any language.Islam is against Terrorism Terrorists are not following Islam. Allah says in Quran whoever kills a soul unless it is as though he has killed all mankind. Muslims Are Not Terrorists and whoever saves one life it is as if he had saved mankind entirely. Islam treats men and Women In Islam as one, yet they are dissimilar.