Ali A. Rizvi: The Phobia of Being Called Islamophobic 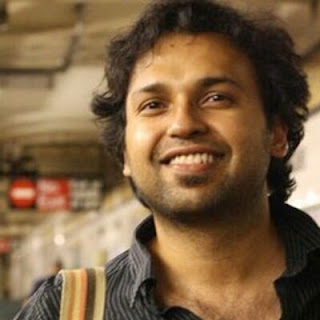 Huffington Post—As of this writing, the National September 11 Memorial Museum still hasn't caved in. But the pressure is building, and it feels very familiar.

The problem is a seven-minute film being shown at the soon-to-open museum called The Rise of Al Qaeda. Narrated by NBC's Brian Williams, it uses words like "Islamist," "Islamic," and "jihad" in reference to the 9/11 hijackers and their motives.

Some Muslim groups, and others like the Interfaith Center of New York, want the film edited to remove those terms. They don't want the public to think that Islamism or jihad had anything to do with Al Qaeda or the 9/11 attacks, because that could foster "Islamophobia." We've so been down this road before.

As a brown-skinned person with a Muslim name, I can get away with a lot more than you'd think. I can publicly parade my wife or daughters around in head-to-toe burqas and be excused out of "respect" for my culture and/or religion, thanks to the racism of lowered expectations. I can re-define "racism" as something non-whites can never harbor against whites, and cite colonialism and imperialism as justification for my prejudice.

And in an increasingly effective move that's fast become something of an epidemic, I can shame you into silence for criticizing my ideas simply by calling you bigoted or Islamophobic.

For decades, Muslims around the world have rightly complained about the Israeli government labeling even legitimate criticism of its policies "anti-Semitic," effectively shielding itself from accountability. Today, Muslim organizations like CAIR (Council on American-Islamic Relations) have borrowed a page from their playbook with the "Islamophobia" label -- and taken it even further.

In addition to calling out prejudice against Muslims (a people), the term "Islamophobia" seeks to shield Islam itself (an ideology) from criticism. It's as if every time you said smoking was a filthy habit, you were perceived to be calling all smokers filthy people. Human beings have rights and are entitled to respect. But when did we start extending those rights to ideas, books, and beliefs? You'd think the difference would be clear, but it isn't. The ploy has worked over and over again, and now everyone seems petrified of being tagged with this label.

The phobia of being called "Islamophobic" is on the rise -- and it's becoming much more rampant, powerful, and dangerous than Islamophobia itself. (Continue Reading.)

"Human beings have rights and deserve respect. But when did we start extending those rights to ideas, books, and beliefs?"

That, dear friends here on AM, will become my reply whenever and wherever "Islamophobia" is uttered.

Not wanting a dodgy, deceitful ideology like Islam to rip us off in any way (it, like a thief or robber, has always taken what does not belong to it, because it refuses to do an honest day's work) is not a phobia, it is just common sense.

No one just hands over what is theirs to the conman/criminal without fighting back or calling the law do they?

So the accusation of 'Islamophobia' is just a great conman's/criminal's/devil's trick, which has no foundation at all. It is simply a thief's deception.

Brilliant article by Ali Rizvi. By the way has he received any death threats yet?