The Honor Diaries is a groundbreaking film drawing attention to the rampant abuse of women in Muslim countries. CAIR and other Muslim groups are attempting to block showings of the film, in order to deflect attention from the issue. But in deflecting attention from the plight of Muslim women, they are dooming women like Satira to endless abuse and exploitation. 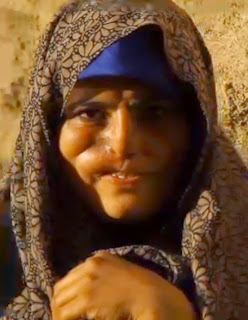 Afghanistan, CNN—In December last year, 23-year-old Sitara was asleep on the floor with her daughters when her husband woke her. He needed money for a fix of heroin and crystal meth -- an addiction he'd developed over the course of their marriage. When she was married off to him as a child bride at the age of seven, his drug of choice was hashish. But now this man -- 20 years her senior -- was a full-blown addict.

He wanted to divorce Sitara so he could take their daughters and marry them off for a few thousand dollars for each girl's virginity. But Sitara refused -- this protective mother adamant her children were not going to suffer the same fate as her. She'd reached her limit with his destructive drug use and the monster he'd turned into.

But she didn't realize just how much of a monster he'd become.

That night he demanded money and a simple ring she was wearing -- the only jewelry she possessed. When Sitara said no, he bashed in her head until part of her brain was protruding from her skull. She was almost unconscious. He then pinned her down, got a knife and cut off her nose and upper lip.

"My head was throbbing and he was on top of me, that's when I saw the knife," she recalls. I struggled but then blacked out. When I woke up, I tried to touch my nose and lips but I felt nothing."

Sitara's girls were asleep except for 10-year-old Somia. I ask her what happened, but her elder sister, Parisa, steps in and explains. "We were all asleep except for my sister Somia. I asked her why didn't she wake me up? She told me our father threatened her that if she screamed, he would cut her just like our mother.

"My father then tripped over me as he was pulling my mother by the hair. I woke up and started screaming at him. Then he ran away and we never saw him again." (Continue Reading.)

Email ThisBlogThis!Share to TwitterShare to FacebookShare to Pinterest
Labels: Afghanistan, The Honor Diaries, Women in Islam

what the hell is wrong with these people..

That poor woman....I mean what do you say?

I have one word: Islam.