Australian courts have ruled that, if a man is provoked into a rage by his wife, he cannot be found guilty of murder, but only of the lesser crime of manslaughter. Since any man who kills his wife or daughter in an honor-killing will say that she provoked him, Australia has declared that honor-killings are not murder, because the man is partially justified. 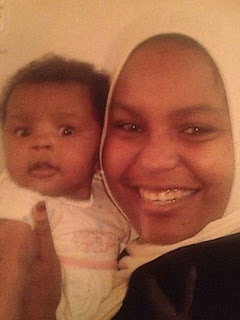 Daily Telegraph—Mariam Yousif, who converted to Islam to marry her husband at 16, was stabbed 14 times in a “brutal and frenzied” attack inside her Wiley Park unit in 2012.

Her 54-year-old husband, Yassir Hassan, was found guilty of manslaughter instead of murder because he told the court he was provoked by his wife during an argument when she “questioned his manhood”.

She is angry the state government has taken almost a year to act on recommendations from a parliamentary inquiry that would ensure the provocation defence was not used to escape murder charges.

“How many women need to die before this law will change?” Ms Zaki said.

“I need it to change and I need change now. I could not save my daughter but I want to save the life of another woman.”

The parliamentary inquiry was launched after Sydney man Chamanjot Singh was sentenced to six years in prison for slitting his wife’s throat with a box cutter.

He successfully argued he was provoked because his wife, Manpreet Kaur, had threatened to leave him.

In the case of Yassir Hassan, Justice Peter Garling said in his sentencing that the killing happened because Hassan “was provoked into losing his self-control, which explains why he is guilty of the lesser offence of manslaughter and not murder”. (Continue Reading.)

For more on honor killings in Islam, watch our ABN special here (with Pamela Geller):

In many cases the problem would, at least in part, originally stem from Islam's insistence on women being completely inferior to men. Eventually this false, totally unnatural doctrine can only cause great tension between husband and wife, and where the wife (particularly if she is generally more intelligent than her husband), for the sake of her own sanity, has no option but to push back and refuse to accept that she is completely inferior and refuse to accept the treatment that comes with it. It’s either that, or she submits and slowly loses her mind.

But the God of Bible, which contains His original good word, does not share Islam’s view of women being completely inferior to men. For a start, both men and women are equally made in God’s image.

So God created man in His own image; in the image of God He created him; male and female He created them. Genesis 1:27

Neither can be superior if one cannot exist without the other.

And where the Bible says in Ephesians 5:22, Colossians 3:18, 1Peter 3:1 etc. for wives to submit to their husbands, because, and as with any team, a God ordained orderly structure/system is necessary for the efficient operation of a family (but, and as we have seen, this is far different than that which is prescribed by the Quran), it is always kept in balance, and in the wife’s favour with,

Husbands, love your wives, just as Christ also loved the church and gave himself for her. Ephesians 5:25

In God’s eyes, a good wife should be viewed as a treasure rather than as the inferior creature of the Islamic doctrine.

Firstly, Pamela Geller - I LOVE you and you are a credit to strong women around the world. I look forward to meeting you in heaven one day xx

Secondly, why do 16 year old girls want to marry a 54 year old anyway. Yuk! Only islam turns humans into savages. Ali Sina once said that inside every muslim there is an animal lurking and I find that to be true - even converts. Very sad they can be deceived by the devil. My muslim ex was lovely until he went back to the mosque and became something that felt demonic! Not kidding. Fortunately I met an awesome lady from Texas who helped me get away from him (she knows who she is).

Let me see if I've got this straight.
If a woman, any woman questions the manhood of any man, then the man suddenly has the right to kill her without being accused of murder.
It is not manslaughter.
It is murder.
It was dictated long before in his scriptures and faith.
Therefore, there was premeditation.
In the case of Islam, there is always premeditation-- the 5-time-a-day kind of premeditation.
Islam is profane.

This Site is sooo dumb. God-damn it humanity is so blind! I mean do you really believe all this crap?
And I have personally Never and I mean Ever seen a Muslim hosted site on how dumb Christianity is(not that it is).
Thats because in Islam it is basic to respect all religions as thoroughly as possible and if not possibly i have been taught to leave it unsaid ,but you guys have really angered me...Shame On you.Muslims are humans don't speak of them as animals!
>>Back to anime world..(^-^)<<