Honor killings, forced marriages, female genital mutilation, the rape and abuse of non-Muslim girls, and other consequences of Muhammad's teachings are flourishing in Great Britain. But there's far more going on than we hear about from the media. Victims, schools, counselors, and leaders are so afraid of being labeled "racists," "bigots," "hate-mongers," and "Islamophobes," they choose not to report much of the abuse.

Here we see the real fruit of the demonization of anyone who opposes Muhammad's misogyny. One of the main goals of Muslim organizations like CAIR and ISNA (along with lower-level Muslim apologists like Yahya Snow and Ijaz Ahmad) is to keep both critics and victims of Sharia silent, so that the oppression can continue and spread unabated. 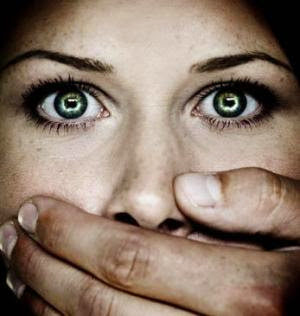 International Business Times—Honour-based violence and forced marriages in communities across the North East go unreported because victims are frightened of being branded as racist, a report by ITV News Tyne Tees has revealed.

Honour-based violence is a form of domestic abuse which occurs when victims, mainly women, are punished, very often by their relatives, if they bring shame upon their families.

Claire Phillipson from Wearside Women in Need said that while the number of people approaching her for help is alarming, what is more worrying is the number who are not.

"I have no doubt that all over the North East [England] first, second, third generation English young women are being forced into marriage," Phillipson said.

"Schools and communities are keeping silent about it, because they are concerned that they would be called racist, islamophobic," she continued. "They don't quite know where the line between culture, religion and human rights should be drawn."

According to Domestic Violence London, the abuse is not only perpetrated by men: "Sometimes female relatives will support, incite or assist" the organisation said.

"It is also not unusual for younger relatives to be selected to undertake the abuse as a way to protect senior members of the family. Sometimes contract killers and bounty hunters will also be employed."

One of the women interviewed by ITV explained she had been sent from Pakistan to the UK in order to marry a man much older than her.

"My family said they would kill me, they would shoot me. That's what would happen, if I didn't do it.

"When I complained about it, my brother and sister tried to make me touch electrical sockets with wet hands, to electrocute me, and make it look like an accident," the woman said.

According to the Halo Project,there are approximately 12 reported honour killings per year in the United Kingdom.

This does not take into account the many people who are taken abroad and whose whereabouts are unknown. (Continue Reading.)

For more on the sad situation in Great Britain, watch this:

quote:
"I have no doubt that all over the North East [England] first, second, third generation English young women are being forced into marriage," Phillipson said.
end

Madam, you lie to yourself and us.
2nd and 3rd generation?
They are British citizens of foreign descent. There is nothing "English" about them.

"What could all this Mohammeds possibly have in common.?"

The tactic employed by these deceivers of endlessly repeating the accusation of "racists," "bigots," "hate-mongers," and "Islamophobes" in the hope that everyone will eventually believe it, is a pretty obvious and hollow deception.

Their unfounded accusations are nothing more than a puff of smoke born out of the desperation to draw attention away from the actual truth. And to hate anyone, including our enemies, goes directly against Christ’s command in Matthew 5:43-46.

“You have heard that it was said, ‘You shall love your neighbour and hate your enemy.’ But I say to you, love your enemies, bless those who curse you, do good to those who hate you, and pray for those who spitefully use you and persecute you, that you may be sons of your Father in heaven… For if you [only] love those who love you, what reward do you have?"

You cannot win anyone to the kingdom of God by hating them.

So for Muslims to accuse us of hate and phobia towards Muslims simply for exposing the false doctrine of Islam, in order to help them escape the devil's grip, is an accusation without any foundation at all. Just a puff of smoke.

If necessary, our authors are ready to deal with the order promptly, which affects the cost of the finished work. It is for this reason that we how to write a satire essay recommend that you first clarify the cost of the essay online using a special form on the website.