I'd like to ask those of you who believe this "no culture is better than other cultures" nonsense: How far are you willing to go in denying the obvious? 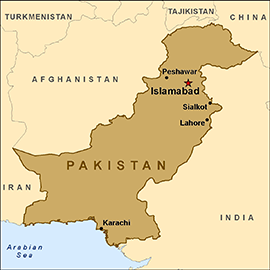 Muhammad Aslam, a mason from Pattoki village, located 70 km from provincial capital Lahore, threw acid on his step-daughters Malaika, 19, and Javeria, 23, while they were asleep last night.

Both victims were brought to Jinnah Hospital in Lahore, where doctors described their condition as critical.

Police said Aslam often quarrelled with his step-daughters on the issue of their marriage. "He wanted to marry them with men of his choice," police official Bashir Ahmed said. (Continue Reading.)


For more on women in Islam, click here.
Posted by David Wood at 4:46 PM