Original Sin in Christianity and Islam (a Response to Yusha Evans) 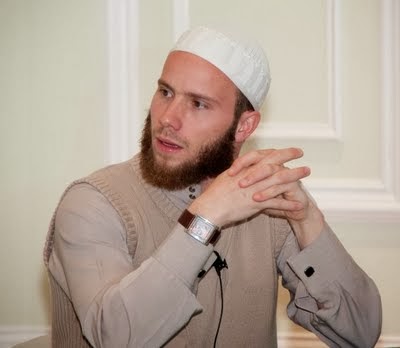 Of course, Christianity teaches no such thing, and we can only wonder why a youth pastor wouldn't understand basic Christian doctrine.

There is, however, a religion that does teach that God created human beings with sin. That religion, ironically, is Islam. Unfortunately, Yusha doesn't know enough about Christianity or Islam to realize that he's actually condemning Islam, not Christianity, when he mocks the claim that God created people with sin. By mocking the teachings of his own prophet, Yusha may have just apostatized!

In regards to babies, can you please explain Psalm 51:5?

"Surely I was sinful at birth, sinful from the time my mother conceived me." (NIV)

Natural descendants of Adam are born with a sin nature (according to both Islam and Christianity). Adam's fall affected everyone. So the Psalmist was sinful at birth. How does that require explanation?

David is talking about the original sin, when God created Adam. The portions you refer are about the descendants of Adam.

Thanks for the info guys :)

Hey David I have a question for you people are free to believe whatever they wanna believe who the hell are you criticizing Yusha Evans tell me?? david who the hell are you judging people you are not God ,If Yusha evans converted to Islam why does it bother you eh?? I see you waste your time by criticizing Islam you are ruining your time buddy cause Islam is still the fastest growing religion in the world and in your own country USA yes.You even know how many david wood were born and died thousands did they effect Islam not at all that's why enjoy LIFE and STOP lying and spreading rumors OK Islam is winning so far NOT YOU again ISLAM is winning hahaha you and your STUPID cvideos are USELESS

@prince John how DARE you judge David for judging yusha Evans!!!
Okay all somewhat-joking-but-not-really aside, you are once again being one of the three things
1. Deceptive because you know that's not David criticism
2. Divertive because you want to side track the issue and pull the conversation away so people won't say bad things about Islam
Or three....
Delusional which can sound mean but given your stellar track record of telling people they're going to have a bad life for not accepting Islam (currently the largest occupier of desert real estate in the world) or that 'we all hate you because blah blah blah..' Like you did the last time.

The issue is not Joshua (that's his birth name) it's that he tells lies about Christianity while giving da'wah. There's also some tweets he's posted about supporting salafi Islam (that's the orthodox branch that wants to kill both me AND YOU).

@prince John,
Islam is not the fastest growing religion, frankly that is a lie and I am tired of people like you saying that. Islam has more baby births and therefore adds Muslims. But because you Muslim men marry Christian women that will change, because most convert and then convert back.
David is not judging anyone he is simply stating the facts, it seems to me that Yusha Evans opened that door when he spoke about Christianity but I don't see you holding those same standards to Yusha.

Its CLEAR in the bible don't JUDGE, and everyone have FREE wills if Yusha Evans converted to Islam that should not bother David wood simple is that by the way deleting I'm not judging David I simply want him to STOP criticizing other people since we are FREE to believe whatever we want everyone is FREE David wood have absolutely no rights Yusha's conversion should not bother david wood CAN ANYONE TELL ME HOW MANY VIDEOS YUSHA ,ZAKIR NAIK,SHABBIR ALLY etc have made about David wood the ANSWER IS NONE they never ever criticize David why david criticize them 24-7 can anyone explain please ?????

wow you commit a ad populum fallacy straight off the bat.

prince John said, "Its CLEAR in the bible don't JUDGE, and everyone have FREE wills "

No it doesn't. It actually means don't divorce yourself from reality and judge correctly. If you are sinning, you should not judge someone else who is sinning.

Are you and Yusha sinning should be the question.

The answer, by the way, is yes you are.

It doesn't bother David he converted to Islam. It's everything else he's done after that he has a problem with.

Honestly I didn't see this until I read it.

You did judge and you're doing it now. You even judged me as someone who has a problem with people beliving as they want.

You, prince John, judge that as being wrong and you further judge David when you said that Zakir Mail (I think you mean Naik), Yusha Evans and others don't post his videos.

Here's the problem: Zakir Naik, Yusha Evans, Yusuf Estes and the whole gang at 'The Deen Show' can do something much better.

They have a standing invitation to come on Jesus or Muhammad with equal time and defend their claims, testimonies and assertions. They can go on that show and say 'David Wood, you misrepresented blah blah blah'.

Why won't they do that?

Because
1.) Their claims are weak and going out there will expose them to more inquiry.
2.) They're scared they will be proven frauds.
3.) There is no rational defense for Islam or your prophet.

Those are facts but just in case you think I'm being 'judgmental', go ask them yourself why they won't do it.

do you know the gragn war?

The only Gragn War I could find was "Ahmad ibn Ibrahim al-Ghazi ... was a Somali Imam and General of the Adal Sultanate who invaded Abyssinia and defeated several Abyssinian emperors. With the help of an army mainly composed of Somalis, Imam Ahmad (nicknamed Gurey in Somali and Gragn in Amharic (ግራኝ Graññ), both meaning "the left-handed"), embarked on a conquest which brought three-quarters of Abyssinia under the power of the Muslim Sultanate of Adal during the Abyssinian-Adal War from 1529-43." http://en.wikipedia.org/wiki/Ahmad_ibn_Ibrahim_al-Ghazi