Number of Christians Killed for Faith Doubled in 2013

Reuters is reporting that the number of Christians murdered for being Christian increased dramatically from 2012 to 2013, and that the people responsible for most of the killing are followers of the only religion we're still not allowed to question or criticize.

Meanwhile, many Christians in the West are too busy or too cowardly to say much in defense of the persecuted church. But as Dietrich Bonhoeffer pointed out, "Silence in the face of evil is itself evil: God will not hold us guiltless. Not to speak is to speak. Not to act is to act." 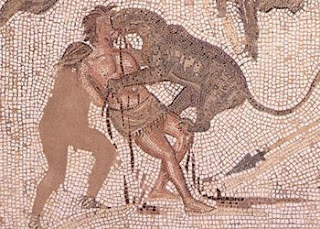 LONDON (Reuters) — Reported cases of Christians killed for their faith around the world doubled in 2013 from the year before, with Syria accounting for more than the whole global total in 2012, according to an annual survey.

Open Doors, a non-denominational group supporting persecuted Christians worldwide, said on Wednesday it had documented 2,123 "martyr" killings, compared with 1,201 in 2012. There were 1,213 such deaths in Syria alone last year, it said.

"This is a very minimal count based on what has been reported in the media and we can confirm," said Frans Veerman, head of research for Open Doors. Estimates by other Christian groups put the annual figure as high as 8,000.

The Open Doors report placed North Korea at the top of its list of 50 most dangerous countries for Christians, a position it has held since the annual survey began 12 years ago. Somalia, Syria, Iraq and Afghanistan were the next four in line.

The United States-based group reported increasing violence against Christians in Africa and said radical Muslims were the main source of persecution in 36 countries on its list.

"Islamist extremism is the worst persecutor of the worldwide church," it said. (Continue Reading.)

To learn about jihad, click here.
Posted by David Wood at 5:26 PM

In our church we make it a point to pray for christians who have been imprisoned for their faith and for those whose families are mourning the death of their loved ones because of their faith in Christ.

We realize that we are powerless to do anything except to pray because our current administration in Washington just does not want to bring the issue up. It is very very frustrating indeed. God help us.